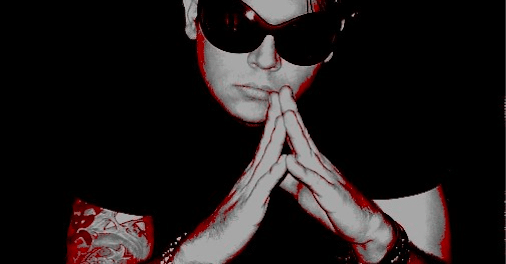 YOU WOULD BE HARD PRESSED TO NAME ANY BAND THAT HAS RELEASED FOUR ALBUMS IN THE LAST THREE AND A HALF YEARS AND EVEN MORE HARD PRESSED TO NAME ONE THAT HAS RELEASED FOUR QUALITY ALBUMS DURING THAT TIME SPAN. WELL, THERE IS ONE GROUP THAT HAS ACHIEVED THIS FEAT AND IT’S NONE OTHER THAN THE BAND FOUNDED BY LANCE V., THE PRINCIPAL FOR THE KICK ASS RECORD LABEL, THE DDR MUSIC GROUP. LANCE V. (BASS) ALONG WITH STEVE PHILBROOK (LEAD VOCALS), MATT THORNE (RHYTHM GUITAR) AND RICK MEAD (LEAD GUITAR) HAVE JUST RELEASED THEIR FOURTH ALBUM, ‘COVERED IN LEATHER’, WHICH FOLLOWS ‘MURDER IN HIGH HEELS‘ (2019), ‘BACK FOR THE THRILL‘ (2020) AND ‘STANDING ON THE EDGE OF THE NIGHT’ (2021). SLEAZE ROXX CAUGHT UP WITH LANCE V. TO FIND OUT MORE ABOUT PLATINUM OVERDOSE’S FIRST COVERS ALBUM. 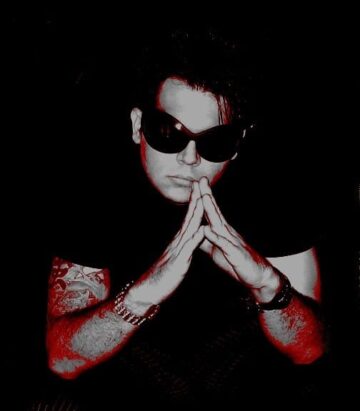 Sleaze Roxx: What prompted Platinum Overdose to release a covers album at this point?

Lance V.: I’ve always been a fan of covers albums. I like to hear other bands’ cover songs that they like or influenced them. I really liked Skid Row’s ‘B-Side Ourselves’, L.A. Guns’ ‘Cuts’ and Guns N’ Roses’ ‘Spaghetti Incident’ so in my mind, I always wanted to do one. I talked to Steve about it early on and we just felt the time was right for all of us to do it and ‘Covered In Leather’ was born.

Sleaze Roxx: How did you go about choosing the songs to cover?

Lance V.: I had an idea about what songs I wanted to do for a long time. I can remember listening to certain songs when I was younger and thinking I’d love to do a version of this. Everyone in the band is influenced by the Scorpions and I remember floating the idea of “Blackout” by Matt and he had the guitar in his hands and immediately played the opening riff and I thought, “Well, that’s a keeper.” I definitely wanted to do a KISS song. Matt grew up on them as did I but I always wanted to do “Parasite” as I thought it was their heaviest song of the ’70s era. The Bon Jovi cover of “We Rule The Night” was an easy choice. Steve is a big Bon Jovi fan and I came across that song on the box set and I thought this is really dark for Bon Jovi and I thought we could make it heavier. I asked Steve if he liked the song and he did, so it was a go. Tuff Luck is once again paying tribute to my first music teacher Todd Kelly who was senselessly murdered. The Aerosmith song was one of my favorites off one of my favorite records of all time ‘Rocks.’ No objections on that one and that’s where we were going to stop but then I got a call from Steve who loves the early Sammy Hagar stuff and wanted to do “Heavy Metal” and I love that track so that rounded out our choices.

Sleaze Roxx: Were there any other covers in the running for the album that didn’t make the cut? If so, which ones were they and why didn’t they make it onto the album?

Lance V.: There are hundreds of songs I’d like to cover as I am a music junkie so there were some ideas floated around but they may appear on later records so we’ll keep that tight lipped at the moment. I’m pretty sure we have figured out which cover is going on album five. I think it’s a good one.

Sleaze Roxx: Cool! You elected to include the three covers from Platinum Overdose’s previous three albums on ‘Covered With Leather.’ That’s always a sticky point for me [laughs] as I would rather see songs that haven’t been released before on a new album. What was your rationale in that regard?

Lance V.: The album was going to be six songs and then turned into seven. Steve and I thought it would be a good idea to put the previous covers on the back end so all of them would be on one disc so if someone put the record on from start to finish, they could listen to them all.

Sleaze Roxx: ‘Covered In Leather’ does have one new original track. What made you decide to include that one on the record and why not keep it for the next studio album of original material?

Lance V.: I really like when L.A. Guns released the album ‘Cuts’ in 1992. I loved the covers they did and really liked that they included “Ain’t The Same” on that album so I took the idea from what they did and included “Can’t Let Go” on this release. We have a ton of tracks for the next album so we didn’t really need to hang on to anything.

Sleaze Roxx: What prompted you to get Paul Shortino to duet with Steve Philbrook on the track “A Lick And A Promise”?

Lance V.: For me, the real question was would Paul be willing to do it? In my mind, he has one of the best rock voices I’ve ever heard so it was an honour when he agreed to sing it. Paul is a fantastic guy on every level and I think he and Steve sound great on that song. I thought Aerosmith would be a great track for him and again it is an honour to have him on the record. Thank you Paul! 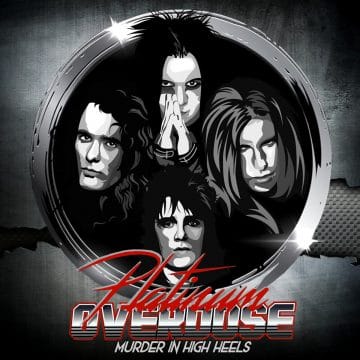 Sleaze Roxx: Is this something that we will see more of in the future on Platinum Overdose releases?

Lance V.: I don’t think so unless the right situation occurred. Steve is a big fan of Paul as am I, and I really wanted to make it happen. I don’t think we’ll see it again going forward but I never rule anything out.

Lance V.: Thank you. It’s always nice to be called a master of something [laughs]. I just thought as you eluded to. I wanted to get the “covers” word in there so it was kind of clear what the album was, and then I thought “What would and should we have been covered in, in the ’80’s? Leather of course.” I know I had my leather jacket and leather pants going on as I’m sure many of us did so I just married them together. Seemed like a natural fit to me.

Sleaze Roxx: The album cover for ‘Covered In Leather’ is also really well done. As soon as I saw it, in my mind, I was thinking, “I want to hear this record!” What was the idea behind the cover?

Lance V.: With me, it’s always Hollywood. L.A. Is my home and I lived a few doors down from where Nikki Sixx overdosed on Franklin near La Brea for well over a decade, and then moved down on Sunset and Las Palmas for a while. I love it here and the

beautiful girl standing in front of the Sunset Blvd sign was what I set out to create from the beginning, plus it reminds me of one of my all time favorite classic movies “Sunset Blvd”. It’s something I had been planning for a while with the artwork.

Lance V.: That is definitely the plan. We’ve already begun pre-production on the fifth album and have begun recording. These albums usually take us about nine months to record and mix so we’re hoping the end of the year if everything falls just right.

Sleaze Roxx: The “battle” between the two Rough Cutt entities seems to have dissipated very shortly after Paul, Amir and Matt came out with their Rough Cutt album ‘III.’ What are your thoughts in that regard?

Lance V.: Yeah. What can you say? They never really had a chance going up against Paul, Amir and Matt. I’m sure the other two guys [guitarist Chris Hager and drummer Dave Alford] will still try to carry on with the nonsense they are putting out and trying to book shows using the name but no one wants to see it. The fans have spoken and I’ve said it before and I’ll say it again, no

Sleaze Roxx: What’s on tap for The DDR Music Group for the rest of 2022?

Lance V.: Another busy year! As we spoke about already, more Platinum Overdose, lots of great stuff coming from Rough Cutt, more great stuff from Paul Shortino… Steve is working on a solo record, We’ll be reissuing my first Hollywood Punk band’s album with a brand new song on it. Side projects coming out… We have a lot of things in production and in the works and it’s only January. I’m sure more deals will be made. Should be another great year for DDR.

Sleaze Roxx: Is there anything that you would like to mention that we haven’t covered?

Lance V.: I just want to say thank you to Steve, Matt and Rick for pouring their hearts into these records and I would really like to say thank you to all the people that have supported Platinum Overdose and The DDR Music Group over the years. We could not do any of this without you. Thank you from the bottom of my heart.

Platinum Overdose‘s “Generation Fire” single (from Standing On The Edge of The Night album):

You can purchase Platinum Overdose’s album ‘Covered In Leather’ on CD via The DDR Music Group’s website and/or digitally via the group’s Bandcamp page.