ALTHOUGH FINNISH ROCKERS SIXGUN RENEGADES HAVE BEEN AROUND FOR ABOUT 18 YEARS, THEY ONLY CAME TO SLEAZE ROXX’S ATTENTION ALMOST SIX YEARS AGO WITH THE RELEASE OF THE VIDEO FOR THEIR TRACK “RENEGADE.” SINCE THEN, THE GROUP CONSISTING OF TWINS NIKO RÄTY (LEAD VOCALS AND LEAD GUITAR) AND TEEMU RÄTY (DRUMS), SAMU TUOMI (GUITAR) AND MIKO MATTILA 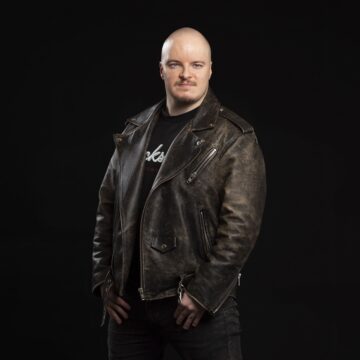 (BASS) HAVE RELEASED TWO FULL-LENGTH ALBUMS — A SELF-TITLED ALBUM IN JANUARY 2018 AND ‘PUSH’ IN DECEMBER 2020. SLEAZE ROXX CAUGHT UP WITH SIXGUN RENEGADES FRONTMAN NIKO RÄTY TO FIND OUT ABOUT THE GROUP’S LATEST RECORD AND MORE!

Sleaze Roxx: I didn’t realize that you and Teemu were twins [laughs]. I guess you are fraternal twins. You must know each other really well. How do you find that you differ from your twin Teemu?

Niko Räty: [Laughs] Yes, usually people at least assume that we’re cousins or something. Speaking of cousins, even tough Samu has a different last name, he is actually our cousin. With Teemu, I’m two minutes older than him. We might look alike, but our personalities however couldn’t be further apart. I’m more hot headed and Teemu is more chill. We’re both very passionate about things, especially when it comes to music and sometimes sparks can fly. Most of the times, we’re on the same page and both of us want to make the best music for Sixgun Renegades as possible.

Sleaze Roxx: Getting down to serious business, congratulations on your new album ‘Push’! You seem to have used the downtime due to the Covid pandemic productively. How has this last year been for you guys? 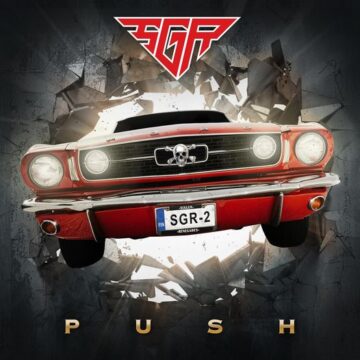 Niko Räty: Thank you. We managed to record everything just before the global shitstorm and lockdowns started. We started the recording process in October 2019 and finished in February 2020. It took a while because of tight schedules and we had to do everything in little pieces here and there. But it came out great! The Covid situation in Finland got so much better in the last summer that we even could play couple of outdoor gigs! That was short lived unfortunately. Right now, we’ve been writing new stuff and doing demos for the third Sixgun Renegades album. We are hoping to get into studio and start the recordings later this year.

Sleaze Roxx: How would you compare the material on ‘Push’ compared to your previous albums?

Niko Räty: I think the songs are better, more mature. We are better players and my voice as a singer has grown a lot from the first album. Also, we think that our Sixgun Renegades sound is much more present on this record. Our goal is always to write better and better songs and to get better as musicians. The next album will be the best so far [laughs]!

Sleaze Roxx: There are only eight songs on the new album this time around. What influenced that decision?

Niko Räty: We went into studio with nine songs and one was dropped in the last second. It just wasn’t strong enough and it was a good decision as we felt that it would have made the album weaker. With vinyl and cassette in mind, eight songs is a perfect 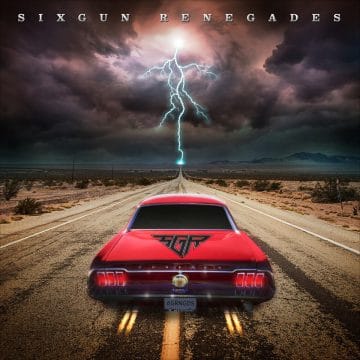 length for A and B sides. We feel that albums over 50 minutes are way too long and bound to have a couple of weak tracks anyway, especially in straight ahead hard rock music.

Sleaze Roxx: Once again, your album cover has a “sports” car on the cover. What was the idea behind the cover for ‘Push’ and is this a theme that Sixgun Renegades will be continuing in the future?

Niko Räty: Teemu might know more as it’s his design [laughs]. To me, it represents just going with full blast, no breaks, through the imaginary walls and barriers that surrounds the music business. I think we might use the car as our “mascot” in next releases as well, who knows. It’s cool idea for sure!

Sleaze Roxx: You elected to release your new album ‘Push’ while the Covid pandemic was in full swing. Were there any discussions about postponing the release of the album to a later date?

Niko Räty: We had an idea to release it just before Christmas so that we could tour right away in spring. We were hoping that the Covid situation would have cleared by then… Unfortunately, the third wave came and no touring in sight for a long time. But someday this will be over, I’m sure. I mean, even the Black Death [Editor’s note — Wikipedia describes the Black Death in art as follows: “It is the most fatal pandemic recorded in human history, causing the death of 75–200 million people in Eurasia and North Africa, peaking in Europe from 1347 to 1351.”] died off eventually. With the third album, we’ll take our time as we have already released ‘Push.’ We don’t need to rush and release the third album right away. 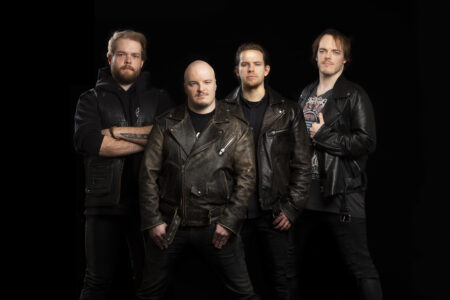 Sleaze Roxx: How did you guys come up with your band name Sixgun Renegades?

Niko Räty: The name came from two different artists and songs. “Sixgun” is from [the] Jon Bon Jovi song “Blaze of Glory” with the line “sixgun lover” and “Renegades” comes from [the] Thin Lizzy song called “Renegade.” So we just mashed those two together. I know, very original [laughs]! But it’s cool name and Sixgun Renegades is easily spelled if you can’t pronounce the full name. And it looks cool in a logo too!

Sleaze Roxx: Your line-up has been together now for about a decade by my count. What do you think is the secret for the four of you having stayed together for so long?

Niko Räty: It’s simply because we’re the best friends, well more like brothers really. We’ve known each other since we were kids. Miko is our childhood friend and Samu is our cousin. One major reason for our longetivity is that everybody knows their job in the band. My job is to write songs and do the business side. Teemu does all the artworks and manages our social media and website. Even though I’m the main writer, everybody contributes and writes, it’s a 100% team work. Also, we all love the same music and we share the shittest humour ever. 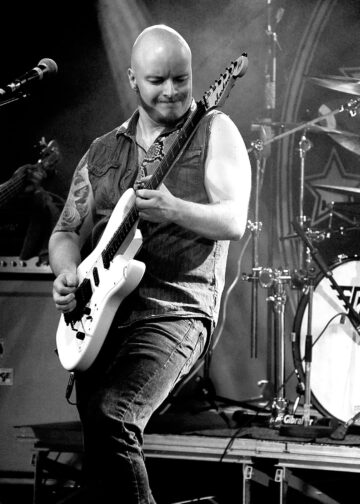 Niko Räty: No, unfortunately. Miko is a 3D designer in an architech company. Samu is a salesman, but he’s been studying finance lately. Teemu is a graphic designer and I’m the only one who’s a full-time musician. I do a lot of teaching and cover gigs whenever I can.

Sleaze Roxx: Obviously, releasing an album during a pandemic makes it tricky to promote it as your options are more limited. What have you done so far to promote the album and what are your future promotional plans for the record?

Niko Räty: It is tough. And I can easily see why so many postpone their releases into the future. Gigs are such a huge part of the whole ecosystem. For us, it’s a lot of social media, pushing the album to playlists and radios. [We’re] trying to promote it everywhere we can. I’m sure that when the time comes and live gigs are possible again, the fans won’t have forgotten the album. At least they’ve gotten a good listen of it and propably have now some favorites to sing along [to].

Niko Räty: Sure! Go ahead and give our newest ‘Push’ album a spin! Stream it, download it and buy it! It’s a great hard rock record with full of really good songs. Also follow us on social media if you haven’t already. Check us out on Facebook, Instagram and give us a like and follow. Spread the word! Also last, but not least, ‘Push’ is available on CD and cassette from our webshop! Thank you Olivier for this interview. Always a pleasure!