“We’re working on stuff right now, I can’t wait for you to hear it. We have management and they are working on some things that we’ll announce when the time is right,” says bassist Jeff Buehner referring to Rough Cutt who had reformed, regrouped and are back in action. That’s a story for another day as Buehner has spent the last 12+ months creating buzz for his other band The Loyal Order which has a debut album coming later this summer. The Loyal Order features Black ‘N Blue guitarist Brandon Cook, Black ‘N Blue bassist Patrick Young, 36 Crazyfists drummer Kyle Baltus, guitarist Justin Gibson and Buehner on vocals. The latter was reluctant to take on the lead vocals at first. “I had to be convinced to sing lead on The Loyal Order, it was not something that I saw myself doing outside of demoing songs,” recalls Buehner. 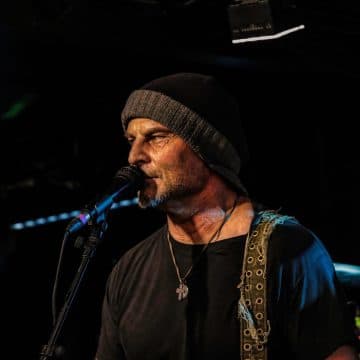 Sleaze Roxx: The first I heard of The Loyal Order was when I watched the video clip “Ready For Dead.” I was impressed first by the look of the video. It was a brilliant performance clip. The song is not too shabby either.

Jeff Buehner: Thanks! You know when we released “Ready For Dead” last year, we had music recorded, but I was going back and forth whether we should release an album or an EP, or just release a single, then [another] single and [another] single. When we wrote “Ready For Dead”, we immediately knew that was a ‘radio’ song. We felt that it would do really well for us. The Loyal Order was originally ‘just’ a studio project, I was contacted about writing a song for a hunting reality show that was to air regionally in the Northwest. I contacted Brandon Cook right away, because I needed a heavy riff for the show ‘Heavy Hitters Outdoors.’ I wrote the lyrics and demoed a scratch track, which included the general idea, melody, hook, verse, so we could have it ready for presentation for the vocalist that we got to record the vocal.

The producer Kevin Hahn listened to it and he said,”Hey, why don’t you just sing it. It’s better than you think. I think you can do this. It might take a little bit more work to get what we want, because you haven’t sung lead.” So that was the beginning of me as a lead singer [laughs]! It was a hell of a learning curve too [laughs]! So I tracked the song and everyone liked it. The show aired on The [Portland] Trailblazers Network for a couple of years. The first thing that Brandon and I did as The Loyal Order was the theme which was titled “Off The Grind [Superhuman].” After we got that song it was like, “Hey Brandon, I have this other idea for a song [laughs]!” Then came “I Fall Silent,” then “Color Blind” which we did with Kevin Hahn. We wanted to have the same producer throughout the whole album, but Kevin got busy with other stuff and I approached Rob Daiker who has worked with Royal Bliss. I wanted a pop mix to the album but on a hard rock album. I think he got us that. 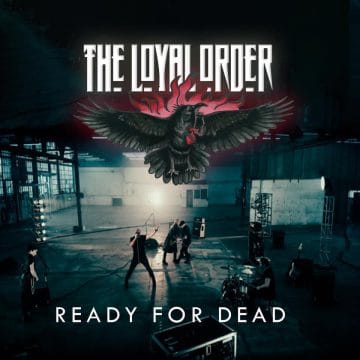 We took the original four recordings and brought Rob in retracting the vocals and adding some instrumentation to them. At that point, we had enough for an EP, but we decided to keep going. I was eyeing 10 songs, but then I thought, “You know ‘5150’ was a nine song record and so was ‘Blackout.’ Why can’t we do something that’s nine tracks and is an extended EP [laughs]?” We wanted to put our name out there to get our feet wet and we decided to shoot a video! So you got “Ready For Dead!”

You mentioned the video, it was shot at this massive facility in Northwest Portland [Oregon]. The place we went to look at that we wanted to use for the video had been demolished [laughs]! We found the location that we ultimately used when we were exploring North Portland and I found this huge building that was 25,000 square feet that used to be a stained glass shop. Well this building had all of these banks of small windows and everytime a pane of glass was broken, they’d replace it with a piece of stained glass randomly! So when the sun would hit these panes of stained glass, you’d get all these great colors shining through and we put a drone in that building for God sake [laughs]! I’ve always wanted this band to sound and look ‘top shelf’ no matter what we did we accomplished that with this song and video clip.

Sleaze Roxx: Thanks for not releasing a lyric video [laughs].

Jeff Buehner: [Laughs] Which is why I said I wanted to do ‘top shelf’ with this band. I think I had to think ‘globally’ when doing stuff with The Loyal Order. I wanted to do a video and not something that displayed lyrics like that. I met Thom Hazaert who works with David Ellfeson of Megadeth. He’s part of David’s Eleffeson side project. I asked him if he would be interested in looking at the video as we were shopping the band. He got back to me and was very interested and we sat down and talked and we signed with EMP Label Group. We’re doing an aggressive radio campaign at the moment and we’re on the Billboard charts! This is just so humbling, man. The record is done, we had to do one little tweak to the mastering and then I’ll have the album in my mitts to hand off for production and distribution. We’re finishing up the artwork which is a ‘crafty’ idea that is associated with the name — The Loyal Order.

Sleaze Roxx: I like shorter albums. When bands come with a 12-15 song album, it significantly increases the odds of filler. In those cases, more isn’t necessarily better.

Jeff Buehner: Oh, I understand what you’re saying. I’m a huge fan of ‘power sets!’ Which is what we intended to do with The Loyal Order. We want to come out and just punch you in the face [laughs]! I think we did that when we opened for Puddle Of Mudd. The place was sold out. I’d like to think that it being a ‘hometown’ show, that we had a little bit to do with that. In fact, I know we contributed to that sell out that night. All of our friends that are in the industry were there that night. We had friends and family of course. They were there to support us and watch us launch this band. It was so humbling. The line was around the corner that night to get into the venue!

Sleaze Roxx: How nervous were you that night?

Jeff Buehner: Oh man, it began to sink in when I went into the venue and I was at the side of the stage. I had to just breathe. This was a huge night for me. I had sang lead on stage a few times when I was in cover bands but was NEVER the lead singer or the focal point in a band. That was new to me and it was like going out and playing in the Super Bowl to me [laughs]! Once we got going, I settled in and I think we had a great set in front of that hometown audience. What an adrenaline rush. I could feel the wave of energy from the crowd. That’s about all I can remember from the set really. It was like a transcendence. It just felt so right 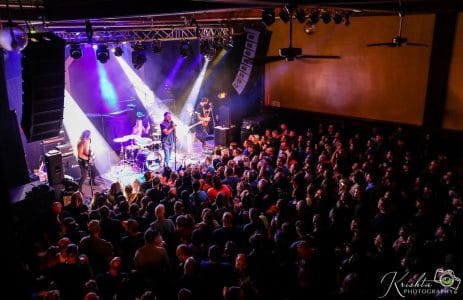 fronting that band. I’ve got a lot of work to do. I think I’m just scratching the surface of the potential as far as fronting a band. I mean when I play in Rough Cutt, I’m the bass player and singing background vocals. That’s what I’ve done for years. That’s my comfort zone. This role in The Loyal Order is new to me.

Sleaze Roxx: So who is in the band? We know about you and [guitarist] Brandon [Cook].

Jeff Buehner: Yeah, Brandon Cook is an encyclopedia of knowledge. His playing is ‘top shelf.’ We have a second guitarist. He was one of Brandon’s students at one point. His name is Justin Gibson. He’s killer. He plays with a lot of emotion and his abilities are incredible [laughs]! And he sings great too! We have Patrick Young on the bass guitar and I know you know who Patrick Young is and I don’t need to tell you how fantastic he is! I remember when I moved to Portland, he was one of those guys that really made an impression on me as a bassist and I have been watching him play forever! He plays with a pick! I don’t like a lot of bass players that use a pick, but I like him [laughs]! Having him on board has just raised the bar. We have Kyle Baltus from 36 Crazyfists and he’s also a part of Light The Torch with Howard Jones who sang for Killswitch Engage. I’m so excited to have this level of talent around me. It will push me to raise the bar on my performance and my role in the band. You know, I think I have to be my best, but I have to be better than them because these guys have been their best for a while. I have to be reaching on my tip toes and reach even higher than that [laughs]!

Sleaze Roxx: You currently have a show lined up in November supporting Loudness. The last time Loudness was set to perform some shows in North America, it included Portland but they encountered ‘visa’ issues and scratched the tour. This time we have the COVID-19 threat that’s far enough down the road that perhaps the show will go on without a hitch. At the moment, the state government scratched concerts through September 2020.

Jeff Buehner: Yeah, we can’t control that. We’re hoping for the best. That’s far enough into the future that we hope things will ease up by that point. We look forward to having the album out by that point and using that opportunity to promote it in front of our home crowd. We’ll see you there!

[Interviewer’s note: The Loyal Order’s album as Buehner stated is done and has been delivered to EMP Label Group for manufacturing. The actual release is to be determined due to the COVID-19 pandemic, which has played a factor. As soon as we know the release date, Sleaze Roxx will post the details and I’m sure we can get Jeff back on for a track by track.]