“We’ll get together at the first of the year and begin to work on a new record for a 2018 release,” says Jackyl frontman Jesse James Dupree. “Until then, we’ll continue to play gigs through the end of the year and continue to celebrate 25 years of Jackyl.” Sleaze Roxx caught up with Dupree while the latter was doing press for the recently released 25th year anniversary collection ‘25 Years’ which is a career retrospective of Jackyl’s career. 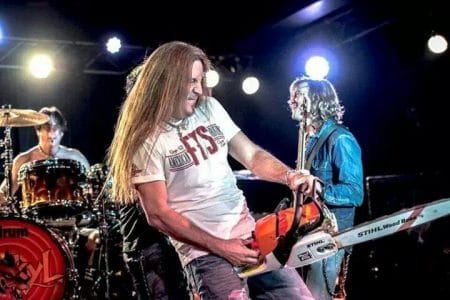 Sleaze Roxx: While I know it’s been 25 years of Jackyl, it also doesn’t seem that long ago that you guys popped up on MTV.

Jesse James Dupree: You know it’s been a hell of a ride. I know it’s been 25 years but it doesn’t feel like it. I’m so grateful for what Jackyl has been able to accomplish in that time. We’re still ridin’ [laughs]!

Sleaze Roxx: You just released the ’25 Years’ compilation. One of the things that I thought was interesting was that you included the original recordings from the Geffen and Sony albums where other bands would have probably recut them.

Jesse James Dupree: They [Geffen and Sony] have restrictions on stuff but we did the best that we could. We were able to get the rights to the stuff. I think the whole thing came together pretty well.

Sleaze Roxx: You have included a live rendition of “Redneck Punk” on the compilation and a previously unreleased cover of Black Oak Arkansas’ “Hot And Nasty.” Give us the scoop on those if you could.

Jesse James Dupree: The live rendition of “Redneck Punk” was from the 75th Sturgis Anniversary [show] and it was recorded live from The Full Throttle Saloon. That was a special night so we threw that in there too. We cut “Hot And Nasty” because we were always being compared to Black Oak Arkansas meets AC/DC. “Hot And Nasty” actually goes back about 20 years so when we were looking for additional music to add to ’25 Years’, we felt that was a perfect fit. 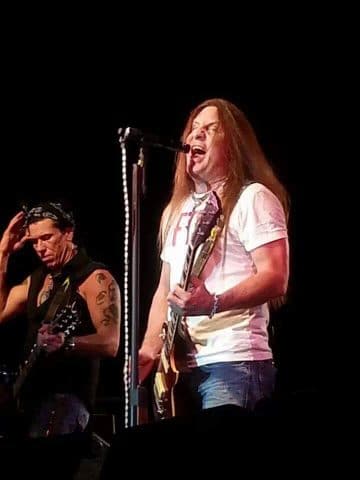 Sleaze Roxx: When anniversaries begin to roll in, labels tend to reissue deluxe or expanded editions of landmark records. Jackyl’s debut ‘self-titled’ album is a landmark album. Have you been approached by Geffen Records about an anniversary edition of ‘Jackyl’?

Jesse James Dupree: Thank you for saying that. I don’t know… I mean labels don’t even exist anymore. I think Geffen is just an imprint these days. They’re just under the Universal umbrella. To be honest with you, I don’t even know if Geffen even has a staff! As you know, it’s a different age.

Sleaze Roxx: I remember my first taste of Jackyl which was the video clip for “I Stand Alone.” You were doing something that was different. Sure you were ‘long hairs’ but there was no hairspray, no make-up, no flashy stage clothes. It was guys in jeans, t-shirts and flannels. And you were performing on the flatbed trailer of an 18-wheeler. The whole thing was so far removed from what was happening with ‘rock’ music at the time. And you were driving the truck!

Jesse James Dupree: [laughs] I did! That was a good time. Everything related to that record was great. I think that song and the album connected with the fans and for a lot of fans, it’s their ‘go to’ Jackyl album. We had the luxury of working and refining all those songs over the course of years so that by the time we went into the studio, that was the end result. ‘Jackyl’ just had the best of the songs that we had written to choose from. You could say we had ‘the pick of the litter.’

Sleaze Roxx: So it was like a ‘greatest hits’ before there were any other [Jackyl] albums?

Jesse James Dupree: In a sense. I don’t want to make it sound like I’m blowing smoke up my own ass, but IT IS the truth. That album from beginning to end –- every song has its place. 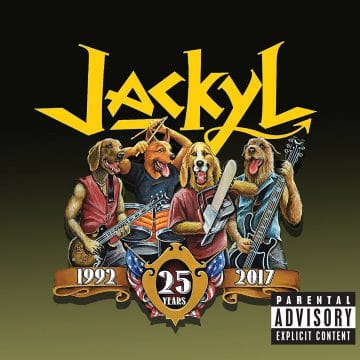 Sleaze Roxx: Out of curiosity, did you have additional recordings that didn’t make the cut on the ‘Jackyl’ record?

Jesse James Dupree: We recorded several more songs in pre-production. We had a lot of songs to choose from when it came time to record the debut album but when you have songs like “I Stand Alone,” “When Will It Rain,” “Down On Me,” “The Lumberjack” and “Redneck Punk,” they just had to make the cut.

Sleaze Roxx: How underrated is the sophomore album ‘Push Comes To Shove’? At the time, it wasn’t considered a successful album though it’s still a relatively potent effort.

Sleaze Roxx: I saw you in Portland at Dante’s which was an absolute blast. I can’t recall when the last time Jackyl performed in Portland. It must have been 1995? Do you recall how long it’s been?

Jesse James Dupree: [Pause] Man, I don’t know but all I know is that we had great time that night at Dante’s!

Sleaze Roxx: How soon before you start scribbling something for a book?

Jesse James Dupree: For a book? [Laughs] Oh man, I don’t stop long enough to think about stuff because I’m afraid that it will all disappear [laughs]! I don’t know. I haven’t put too much thought into that.