Brute Forcz in an L.A. based band that’s a throwback to the early days of pure and unadulterated heavy metal. Brute Forcz is comprised of ex-pro wrestling brothers Slammer (drums) and Jammer (bass/vocals), along with British guitarist Will Wallner. They recently unleashed a new EP that was produced by Bob Kulick and have been getting a bit of press as of late. Jammer took a few moments to chat with Sleaze Roxx about his band, his vocal approach, working with Bob Kulick and the future plans of Brute Forcz.

Sleaze Roxx: Brute Forcz has an old school metal sound — I hear some Venom, Exciter, and Motorhead in there. Who are your influences? 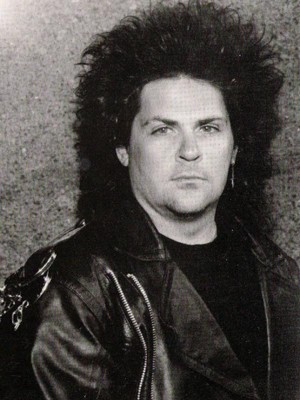 Sleaze Roxx: In addition to being musicians, you and your brother have history in the world of sports entertainment and acting. How did you make the transition from wresting to acting and music?

Jammer: We had been wrestling for a while with some decent success, and at the same time we were getting a few opportunities to do some acting. As we did some acting here and there, the chances were getting more and more, and after we starred in a low budget film we decided to move to LA to pursue acting — we needed to take another chance and make a change. We had some instant success with a few national commercials, but the past few years in the business have been slowed by actor and writer strikes and a slow economy. We had been in a band before and have always been metalheads, so we said let’s get the band going again and see what happens. So that is where we are at now.

Sleaze Roxx: Wresting and metal music seem to be linked. Since you’ve been in both arenas, why do you think that is?

Jammer: Well I’d say because both are high energy and aggressive. There is an adrenaline rush you get doing both and that rush creates the intensity that both feed off of. It’s all energy!

Sleaze Roxx: Your guitarist Will Wallner is from the U.K., how did he get involved in Brute Forcz?

Jammer: I was looking on Craigslist for guitar lessons — I wanted to become a better player to make it easier to create songs and riffs. The first person I came across was Will and took a few lessons from him. At the same time he had just left a band that he was in, so I mentioned that my brother and I were looking for a guitarist and asked if he would be interested until something else came up. He has been with us since and we are very fortunate, he is a very good guitarist and easy to get along with — that is important within bands today.

Sleaze Roxx: Your EP was produced by Bob Kulick who has a reputable reputation in production and has become a ‘go to’ guy. What did he bring to the table and how did you select him for this project?

Jammer: It was truly an honor to work with Bob Kulick. He is a super nice person and a true professional. It was a great experience for all of us to work with him. He made us all reach to a different level and pushed us to the max. 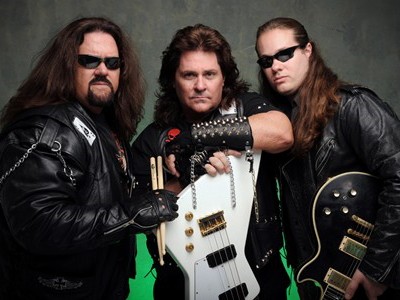 We actually met him through his brother, Bruce Kulick. My brother and I were in the gym quite a bit and we would always see this guy walk by us. We weren’t quite sure who he was until one day it struck us that it was Bruce Kulick, the former guitarist of KISS. We are big KISS fans so we set out to talk with him. We kind of cornered him in the gym and introduced ourselves. We mentioned to him that we were having trouble finding a producer who could work with heavy metal bands in LA. He said his brother was good at working with everyone, and introduced us to Bob. Again, we are extremely fortunate to work with Bob and hope that we are able to do all of our recording with him.

Sleaze Roxx: You have an interesting approach to your singing — it sounds like a metal Johnny Cash to me. It’s not banshee screams or vocal pyrotechnics. How would you describe it?

Jammer: I’m not really sure how I would describe it either, but a metal Johnny Cash is cool with me. I didn’t really start out wanting to sing, but it is the way it developed. In our first band we could not find anyone to sing, and then one day I heard Lemmy of Motorhead sing. I figured if he could work his vocals around his songs, I thought I could also — so I gave it a try and this is what we ended up with.

Sleaze Roxx: With titles like “Leather And Chains,” “Thrill Queen,” “Sex Machine,” and “Live For Speed” we know the EP isn’t filled with deep subject matter. What inspires songs like these?

Jammer: Pussy! We think these songs are deep — isn’t sex, kicking ass and having a good time what all this is about anyway? It’s rock and roll! AC/DC doesn’t have a lot of deep meaning songs, and look at their success. But next time, we will have a political song thrown in there just to round us out.

Sleaze Roxx: The EP is out now, what’s the game plan from here forward? Touring? A full-length record?

Jammer: We are working on getting out there and touring, we know that is the next step for us. At some point soon we will also record a full length record — it’s all about timing for us. We have all of the material ready to do a full length record, but anything that we do from this point will probably take place around the first of the New Year.

Sleaze Roxx: With so many bands coming out of the woodwork tell Sleaze Roxx readers what sets Brute Forcz apart from the pack?

Jammer: We are big, thick and in your face! We are a heavy metal band, call it old school or traditional or whatever you want, but we come out blasting and turn it up from there. If you like your music loud and aggressive, without someone screaming at you, and just want to feel good and bang your head — then you will definitely like Brute Forcz.