Having left Warrant in 2004 to pursue a solo career, Jani Lane has spent the last four years writing, recording, and touring clubs, as well as appearing on Celebrity Fit Club and other various TV shows. Never one to sit idle, 2008 promises to be Jani’s busiest year yet. In March it was officially announced that Jani was back with the most popular lineup of Warrant and that they’d be co-headlining a tour with Cinderella and bringing Lynch Mob and Lynam along for support. As Jani discusses, there are some exciting things in store for Warrant fans in the coming year. Also on tap is the April 22nd release of Saints Of The Underground, the “supergroup” that features Jani along with guitarist Keri Kelli (Alice Cooper, ex-Warrant, Ratt and Slash’s Snakepit among others), and Robbie Crane (ex-Vince Neil) and Bobby Blotzer, both of Ratt!

Sleaze Roxx: Hello Jani…First off, I know you must be extremely busy with rehearsals and press for the Warrant reunion as well as gearing up for the release of Saints Of The Underground, so thank you for taking the time to do this interview, it is greatly appreciated!

Sleaze Roxx: I want to touch base on the S.O.T.U. album coming out April 22nd (or April 8th if you pre-ordered it from Warrior Records). How did S.O.T.U. get together to begin with?

Jani Lane: Bobby Blotzer gave me a call and asked if I would write and sing for a project called Angel City Outlaws.

Sleaze Roxx: Keri Kelli, who plays guitar in S.O.T.U. and was in Warrant for a while, has written with you in the past on the Warrant CD “Under The Influence” as well as your solo debut “Back Down To One”. Did you do any writing with Keri for this disc?

Jani Lane: A lot! Keri and I wrote on almost everything…Blotz wrote quite a bit too.

Sleaze Roxx: How was the songwriting handled?

Jani Lane: Blotzer had a few ideas demoed…I changed a few lyrics and melodies…and Keri would add a bridge or lead break. Keri and I wrote a few in his studio…a couple I already had and there are 2 covers.

Sleaze Roxx: Can you take us through the process of the making “Love The Sin, Hate The Sinner”?

Sleaze Roxx: I noticed that Bobby had you re-record “Dead Man’s Shoes” and “Good Times” from his Twenty4Seven project with John Corabi. Were you familiar with the Corabi versions and what led to the tunes being re-recorded?

Jani Lane: I changed some lyrics and melodies. I love John but I wanted to do the songs a little differently.

Sleaze Roxx: An interesting choice for inclusion on the disc is the tune “Jimmy” which dates back over 20 years to the early days of Warrant (I have a bootleg of Warrant @ Gazzarri’s in 1987 and you did the song then). How did you come to decide to cut that tune and include it on S.O.T.U.?

Jani Lane: I didn’t really want to but Blotz and Keri like it.

Sleaze Roxx: S.O.T.U. originally started as a cover band, so I think it is only fitting that you have included two covers on this CD, “American Girl” by Tom Petty and “Moonlight Mile” from The Rolling Stones. What led to those two songs being chosen for the album?

Jani Lane: Blotz is a big-time Stones fan and Keri and I used to do American Girl in “Jani Lane & The Underdogs.” It was a freak coincidence that Andy Johns (mixed SOTU) also recorded the original “Moonlight” for “Exile on Mainstreet.”

Sleaze Roxx: On various message boards there are a lot of people wondering why “Serial Killer” was left off of the album when it was the first song put on the MySpace site (www.myspace.com/saintsoftheunderground) to promote the band. 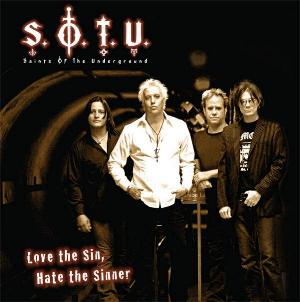 Jani Lane: Alice Cooper plans to record it for his upcoming CD!

Sleaze Roxx: Famed producer and engineer Andy Johns mixed the album. Who came up with the idea of having Andy mix the album and what was it like working with someone who’s credentials are legendary?

Jani Lane: He’s awesome. He mixes louder than I’ve ever heard of!!!

Sleaze Roxx: Does S.O.T.U. intend on properly touring this album or at least doing a batch of live dates in select markets?

Jani Lane: Maybe after the summer.

Sleaze Roxx: Will there be any more S.O.T.U. albums in the future or is this just a one-off album?

Jani Lane: I expect it to be a one off…but who knows?

Sleaze Roxx: Now onto the subject that everyone is curious about, your reunion with the guys from Warrant. When we spoke in Wichita last July you had said that you guys were working on burying the hatchet for various business purposes. Who proposed the idea of the reunion?

Jani Lane: Erik Turner and me on a phone call.

Sleaze Roxx: How have rehearsals gone?

Sleaze Roxx: What can fans expect from the live show?

Jani Lane: Everything with a cherry on top! [laughs]

Sleaze Roxx: Will there be any material in the set from post Dog Eat Dog era or will the set focus on the first three albums?

Jani Lane: It will all be the three Columbia releases.

Sleaze Roxx: Any chance of a song or two from the album (Born Again) that they did with Jamie St. James in the live set?

Jani Lane: About as much of a chance as me reconciling with one of my ex’s (not very good). We only want to do material that all five of us played on!

Sleaze Roxx: It had been 14 years since all five of you shared a stage. Was it comparable to riding a bike in the sense of not having done it for a while then getting back on after several years and feeling like you never stopped?

Jani Lane: It felt like trying to screw after back surgery. But now that the rust is off it’s really kickin’ ASS!!

Sleaze Roxx: Will there be any product released to coincide with the tour in the form of maybe another hits package, maybe a rarities CD or a DVD from yesteryear?

Jani Lane: A killer DVD with studio vids and some backstage stuff that I couldn’t believe we had!!

Sleaze Roxx: Any chance of the Dirty Rotten Filthy Stinking Rich or Quality You Can Taste home videos being re-issued along with some stuff from the highly underrated “Dog Eat Dog” days?

Jani Lane: We got tons of stuff! Funny as hell stuff! So much stuff we’ll probably have to do it in two parts!!

Jani Lane: Columbia is about record sales. Dog Eat Dog did not initially reach platinum, although it has now, and that’s not enough to register on their radar!

Sleaze Roxx: It was advertised that Warrant would appear at the Rocklahoma Press Conference, however, you never appeared on stage and all the media clips on the net didn’t show you as being there. Were you ever supposed to be or was that the organizers getting ahead of themselves as they have tended to do? 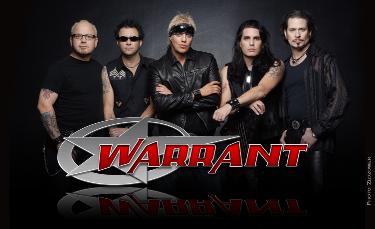 Jani Lane: I was asked if I could make it but I had just had some minor surgery and stayed home.

Sleaze Roxx: The tour is set to kick off at the 2nd Annual Rocklahoma Festival w/ Cinderella co-headlining and Lynch Mob and Lynam in support. How long will the tour last?

Sleaze Roxx: Any plans to put out a live DVD or CD from this tour?

Jani Lane: We’ll be filming most of the time…I expect something to come of it.

Sleaze Roxx: Fans are excited for the reunion and hope that it isn’t just a one-off type of situation, is it for the long haul and have there been talks of a making a new album?

Jani Lane: We will start around November in hopes of an early ’09 release. I’m ready to go the distance with this band.

Sleaze Roxx: When and if you have down time in 2008, will do you be looking at doing any shows with your solo band?

Jani Lane: Maybe a few here and there when Warrant is taking a break but I won’t allow the solo stuff to interfere! Warrant is my top priority!

Sleaze Roxx: Now for the oddball question…it has been reported that in 2004 you hooked up with the guys from Def Leppard to record 12 tracks for a potential album.

Jani Lane: After all the shit Joe Elliot has talked about me and Warrant…I would have done it just to piss him off! Anyways, the answer is no. I see the drummer (Rick Allen) at the grocery store once in a blue moon and he came to my first wedding (nice guy), but no…the answer is no.

Sleaze Roxx: See the article below, source unknown, that was found on a torrent site.

“In 2004, on a (then) temporary break from his band Warrant, lead singer Jani Lane momentarily joined Def Leppard to work on their proposed new studio project. 12 polished “demos” were recorded and were set to be released in a matter of months. However the album’s plans were promptly abandoned when Def Leppard and original lead singer Joe Elliot reconciled and went on to release 2006’s covers album ‘Yeah!’ Warrant subsequently recruited vocalist Jamie St.James for their next studio album. The 12 songs you have the privilege of hearing are some of the best songs to come out of the “hair metal” genre for years. Jani Lane’s songwriting shines, and Vivian Campbell’s guitar work is some of the best you will ever hear from a rock guitarist. One of the sound engineers working on the mix reportedly jokingly suggested the new “band” be called “Def Warrant!” It’s a shame this was never formally released, because there’s clearly 7 or 8 potential hit singles here for your listening pleasure.”

Jani Lane: This person must hold the Guinness Book of World Records for smoking crack!!!

Sleaze Roxx: Is there any truth to this project having been done?

Once again, I’d like to thank Jani Lane for taking the time out of his busy schedule to do this interview! Thanks to Hank for providing me with some ‘research’ behind a topic and for posing the question!! I’d also like to thank my best friend Jaylene (Psssst~Dootz) for help with the pix and for everything else she does…check her photography and graphic arts out at www.myspace.com/hippievisionsstudio.