IT’S A VERY FUNNY THING WHEN DOING AN INTERVIEW. GENERALLY AFTER MY WORK IS POSTED ON THE SLEAZE ROXX SITE, I ALWAYS LIKE TO CATCH UP WITH THE COMMENTS THAT ARE MADE AFTER 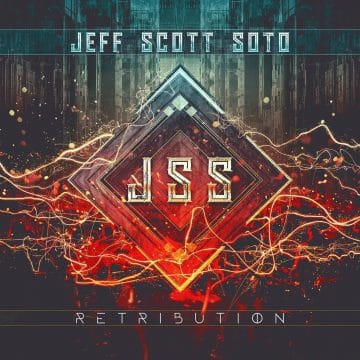 THE FACT. I ALWAYS TAKE THE TIME TO LIKE OR EVEN COMMENT. A FEW TIMES THERE HAVE BEEN COMMENTS MADE WHERE THE READER IS SAYING “I AM CURIOUS TO KNOW THE ANSWER TO THIS”. IT’S GENERALLY ON A SUBJECT THAT I HAVE NOT TOUCHED ON. I AM ALWAYS WILLING TO TELL MY SIDE OF THE STORY AS TO WHY I STRAYED AWAY FROM CERTAIN TOPICS. THE PARTICULAR QUESTION THAT I WAS ASKED LAST WEEK WAS ONE THAT I HAD ACTUALLY THOUGHT ABOUT ASKING, BUT CHANGED MY MIND BECAUSE I KNEW IT MAY CAUSE SOME FRICTION WITHIN MY INTERVIEW.

THE INTERVIEW POSTED BELOW WAS ANOTHER ONE WHERE A CERTAIN QUESTION COULD HAVE BEEN ASKED ABOUT A CERTAIN SWEDISH GUITAR VIRTUOSO WHO HAS PUBLICLY COME OUT AND PRETTY MUCH WRITTEN OFF EVERY SINGER HE HAS EVER WORKED WITH. THE REASON I DIDN’T ASK? WELL FOR ME, IT’S A MATTER OF RESPECT. I FIGURE MY JOB IS TO GET THE BEST OUT OF THE ARTIST I AM INTERVIEWING. BY ASKING QUESTIONS THAT MAY PISS THIS PERSON OFF, I IN TURN HAVE BECOME JUST LIKE THOSE JOURNALISTS ON TMZ THAT PRINT LIES AND START CONTROVERSY (ANYONE KNOW THAT SONG REFERENCE?). I PREFER TO TAKE THE POSITIVE ROUTE. AT THE END OF THE DAY, IT’S SOMETHING I CAN LIVE WITH.

SO GETTING DOWN TO BUSINESS, HERE BEFORE YOU IS AN INTERVIEW I RECENTLY CONDUCTED WITH JEFF SCOTT SOTO. I COULD NAME ALL THE BANDS SOTO HAS CONTRIBUTED HIS AMAZING VOCAL STYLINGS TO, BUT THAT MAY TAKE SOME TIME. SO FOR THIS INTERVIEW, IT WILL BE JEFF SCOTT SOTO — THE SOLO ARTIST. SOTO HAS RECENTLY RELEASED A NEW ALBUM ‘RETRIBUTION.’ FOR THE MOST PART, THIS INTERVIEW IS BASED AROUND THIS NEW RELEASE, BUT THERE MAY BE A FEW QUESTIONS ABOUT PREVIOUS ENDEAVOURS, BUT NOT ONES RELATING TO A CERTAIN ‘SWEDISH GUITAR VIRTUOSO’. SORRY. PLEASE ENJOY. 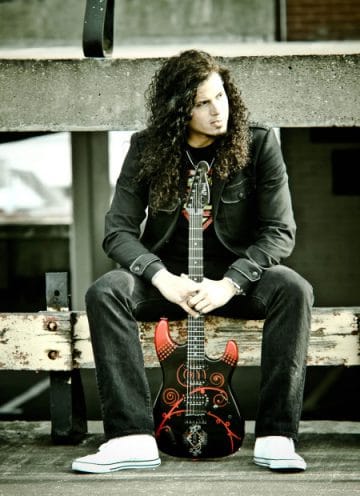 Sleaze Roxx: Hey Jeff, it’s really great to talk to you. I want to start off by saying that I really enjoyed your last solo album ‘Damage Plan’, so I was really looking forward to ‘Retribution.’ I am loving the diversity this album possesses. Starting off, I’d like to talk about the new release. What can you tell about this album in terms of the recording process? Did you do anything differently from past releases?

Jeff Scott Soto: Not really, technology has made it much easier to work and communicate on albums from afar. I’ve been doing it like this for over 20 years now. A lot of bands brag about doing it the organic way, everyone in a room together, etc., but I find this process just as rewarding because everyone can truly hone in on their ideas, work them through and present them properly without a rash decision of ‘that doesn’t work’ coming out being together. I love this method of doing things, I work best this way.

Sleaze Roxx: The song “Bullet For My Baby” — that’s a very interesting title. I am sure it’s metaphoric in some ways. What was your thought process in terms of this song?

Jeff Scott Soto: It’s the viewpoint from say an uber, stalker-type fan, the kind that would ‘take a bullet’ for their favorite artist. It’s all metaphoric of course, tongue in cheek. I didn’t want it to come across as literal but if you read the words, its about someone we all know or have met at some point of our lives.

Sleaze Roxx: “Song For Joey” is a very beautiful composition. I love the piano intro. So emotionally uplifting. What was the basis behind this song?

Jeff Scott Soto: My brother Joey suffered three heart attacks in a row back in January this year. It left him with double brain damage and in a vegetable state. He is alive via machines in a nursing home with my mother by his side every day since he went down. The song is about our growing up, with the separations that come from having our own lives and families yet music is the common bond that kept us in tune with each other since we were young boys.

Sleaze Roxx: The musicianship on the album is outstanding. “Inside Outside” for example, really showcases the talents of the band. The mid section going into the guitar solo really stands out to me. It’s so musical. Who contributed their skills 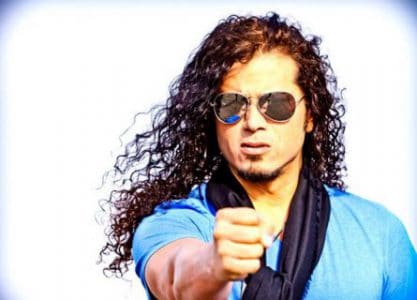 Jeff Scott Soto: 85% of the album is Howie Simon on guitars, some lead counter vocals and bass, me on all other vocals and keys, Edu Cominato, drummer of SOTO on all drums. So it’s really a trio here on the majority of the album.

Sleaze Roxx: “Reign Again” is a very powerful track. The keyboard line that follows the chorus is very infectious. How did you approach this song? The title seems very positive. Am I right to make that assumption?

Jeff Scott Soto: This is one song not written with Howie. It was done with August Zadra [Dennis DeYoung guitarist/singer] and our buddy Steve Sturm who both played on the track along with a friend, Carlos Costa on bass. I wrote the lyrics about a teenage mind coming into adulthood, not feeling confident or thinking they don’t quite fit in. Its about finding your path, then following it. Very good assessment there! You were spot on!

Sleaze Roxx: “Feels Like Forever” was chosen as the first video. When I hear it, I can see why it was chosen. The chorus is very catchy. Was this your decision as the first release, or did Frontiers have a hand in that as well? I always like to ask this question because from past interviews with Frontiers artists, the decision from the label perspective always varies. 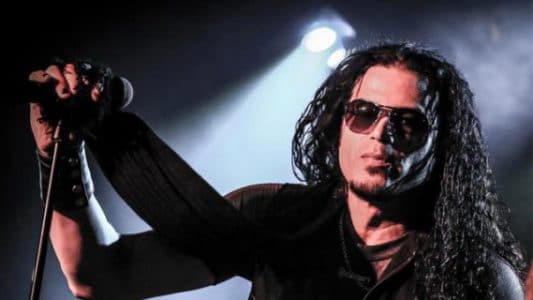 Jeff Scott Soto: I gave Frontiers full reign on which songs would be singles and video selections. For the first time ever, I was too close to the songs and didn’t know where to start or what I would have selected. I am always leery in making videos for ballads. These days, they don’t get much attention and even doing treatments for them can be tricky without being too cheesy or cheap looking. I feel Frontiers chose wisely on the song selections.

Sleaze Roxx: What are your plans for tour support on this album?

Jeff Scott Soto: For this one, null. I tour every time I release an album but the numbers are stagnate and it will take a more attractive reason now to get me on the road. Don’t get me wrong, I love to perform live but I love it more when it’s a good sized capacity and I am not paying for tours out of pocket to support an album. I feel my presence with the new Sons Of Apollo might help me better achieve more fan base, which in turn might be good for me to consider touring a JSS thing again.

Subscribe To Be Alerted When We Add New Videos – http://radi.al/SubscribeFrontiers / From the album RETRIBUTION. Get your copy NOW: http://radi.al/Retributio…

Subscribe To Be Alerted When We Add New Videos – http://radi.al/SubscribeFrontiers / From the album RETRIBUTION. Get your copy NOW: http://radi.al/Retributio…

Sleaze Roxx: I know you are a very busy artist. Besides this solo album, do you have other projects on the go as well?

Jeff Scott Soto: Yes, I already mentioned Sons Of Apollo which will keep me busy most of 2018, the new W.E.T. album comes out early 2018 as well and next up will probably be a new SOTO album as I plan to fully continue with this band.

Sleaze Roxx: There is some footage on You Tube of yourself singing with Inglorious frontman Nathan James. It gave me chills with the two of you singing “Stand Up And Shout.” Are there any plans to possibly work with Nathan in the future? Maybe a guest appearance somewhere down the road? 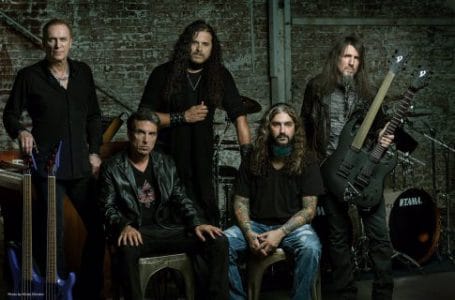 Jeff Scott Soto: I hope so. Nathan is the next phase of today’s modern rock artists so I do hope we will continue to do things together, even if just hopping on each other’s stages from time to time.

Sleaze Roxx: I want to ask about your recent cameo appereance on the latest Harem Scarem album ‘United’. You sang on the outro section of “Bite The Bullit” I actually loved how your voice meshed with singer Harry Hess’ voice. It really added a nice touch to the song. I recently saw the band play this song and wondered if Harry or drummer Darrin James Smith would sing your part. Harry ended up nailing it. How did that cameo appearance come about?

Jeff Scott Soto: I’ve known the Harem Scarem guys for many years and Harry just threw the invite out if I would like to do some background vocals on that album. I was more than obliged, I mean, how good is this band? When Harry gave me free reign to do some lead vocal, ad libs, etc., I was thrilled and I love how it all came out. What a great song. Great album!

Sleaze Roxx: I am a big fan of the first Eyes release. I have the second album as well. It was a slight departure from the first album. What do you recall from your time working with Eyes?

Jeff Scott Soto: Well to be honest, the second album is the first album. We recorded ‘Windows Of The Soul’ which was no title back then, and self financed it hoping to land a deal and release it as is. We eventually got the deal but the label thought it wasn’t ‘rock’ enough so asked us to go back into the studio. We kept only a few tracks that would be on the debut album but songs like “Calling All Girls” and “Wired For Love” had the edge the other was missing. I left the band in ’91 so they decided to put the original album out in which looked like a second release but I was already out of the band. 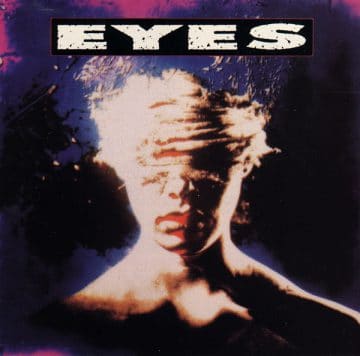 Sleaze Roxx: You did some demos with Vinnie Vincent. It is always interesting when Vinnie comes to mind, his career has become quite elusive. What was the timeline on that? It’s interesting because I would have loved to hear a full official release with your vocals. “Forbidden” was a great melodic track.

Jeff Scott Soto: I did those for Vinnie so he could fulfill his song submission obligation on his music publishing deal. Vinnie wrote songs of all kinds for other artists so I was just hired to sing on them so he could turn them in, hence the poor quality of the vocal. They were done in his home studio with not so great home gear. The timeline was during the second Vinnie Vincent Invasion album, which Dana Strum was producing simultaneously to an album he was producing with me and a Japanese guitarist named Kuni.

Sleaze Roxx: Well Jeff, I want to thank you for taking the time with me. I wish you the best of luck on the new release. I am in Canada. We don’t see you up here too often, but if the opportunity arises, I look forward to seeing you live.

Jeff Scott Soto: I am sure I will be up there with Sons Of Apollo in 2018. See you then!

Jeff Scott Soto with Nathan James performing “Stand Up And Shout” at HRH AOR on April 7, 2013: