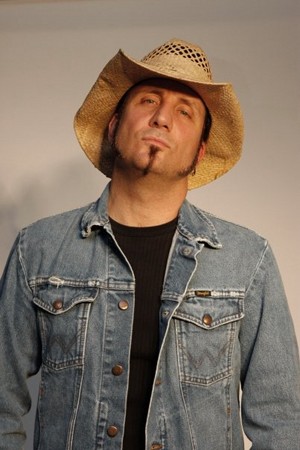 Jesse Dupree (vocals), Jeff Worley (guitar), Roman Glick (bass) and Chris Worley (drums) released the latest Jackyl offering ‘When Moonshine And Dynamite Collide’ earlier this year. The album received critical reviews while the first single, “She’s Not A Drug”, landed on the active rock charts. Jackyl continued to tour from coast to coast to promote the album and are rounding out the year with more touring. Jesse James Dupree caught up with Sleaze Roxx and spoke to us about ‘When Moonshine And Dynamite Collide’, the controversial track “Just Like A Negro” which has since been re-issued as a single featuring DMC of RUN DMC, and his involvement with Full Throttle Saloon which is about to kick off its second season on November 17th on truTV.

Sleaze Roxx: Jackyl has weathered grunge, rap-metal and is about to surpass nu-metal. What do you think appeals to people about Jackyl?

Jesse James Dupree: I think it comes down to the fact that we are honest about what we do. We pay total respect to the fundamentals of rock ‘n’ roll — what it was built on. We have this new single, “Just Like Negro”, and people are all tweaked out about it. Since when did Negro become a bad word? I mean no disrespect, I wrote that song with three black friends of mine and we did a new version with DMC from Run DMC who is in the rock ‘n’ roll hall of fame. It’s a tribute to the great black artists who created rock ‘n’ roll.

I’m not Bono and we’re not U2, and Jackyl doesn’t aspire to be U2. Jackyl’s longevity is a tribute to the fact that we are honest about what we do. Jackyl are built on the fundamentals of rock ‘n’ roll which is; guitar, bass, drums, attitude and a kick drum that will stimulate your glands. By the time you leave our show hopefully you’ve gotten hot, bothered and worked up and you don’t even make it home before you jump in the back seat and knock out the old dirty, dirty –you know what I’m saying? I’ll leave saving the world to Bono and U2. I’ve got all the respect for them but please don’t chastise me because we do what we do. The people who want to find fault with our tribal ridden rock ‘n’ roll — those are the same people who have trouble admitting that they masturbate.

Sleaze Roxx: You’re right about the band’s honesty. You go beyond the rock roots — you’ve done a solo album, ‘Foot Fetish’, where you’ve branched out into the R&B and funk and you recorded a country album called ‘Rev It Up And Go-Go’.

Jesse James Dupree: It’s funny because if you hear me and DMC doing an interview together his influences are very Caucasian — he’ll tell you that he likes Sara McLaughlin, Jim Croce and he’ll name off all these white artists who he loves. You ask me who my influences are and I’ll say Joe Tex, Wilson Pickett and James Brown. We’re not making that up — that’s a fact. It was funny in a recent interview we did together he mentioned that I introduced him to some cool black music (laughs)! This goes to show that there can be stereotypes and prejudice on both fronts… if Patty Smith would record a song called “Just Like A Negro” they’d re-induct her into the rock ‘n’ roll hall of fame. I say it, and just because I have a southern accent, some want to find fault in it. Since when is Negro a bad word? It’s on the census report. 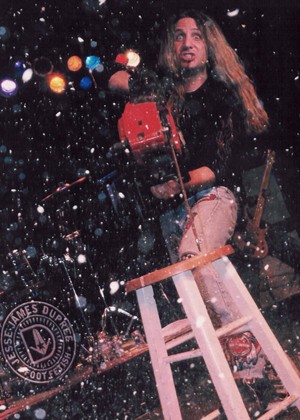 With the ‘Rev It Up And Go-Go’ album I had an active rock hit with the title track. I toured behind it and got a chance to work with my friends from The Kentucky Headhunters — it was pretty cool. I’ll do another one. I don’t know what the next solo album will be, but it’ll be something just as crazy.

Sleaze Roxx: Your new album is titled ‘When Moonshine And Dynamite Collide’. It’s an appropriate name for the album, on par with the self-titled debut with each song having the potential for a rock radio hit.

Jesse James Dupree: If there was such a thing as rock radio these days! I do thank you for saying that. The album just happened organically, we didn’t have this planned out. The songs were road tested first and that’s why it has taken several years since the last album and this one. We had these song validated by the audience — it was a great feeling knowing that we were putting music on this album that had already been approved by the fans. In a lot of ways, just like you said, it was like working on our first record all over again.

Sleaze Roxx: That’s what I was talking about — the sense of urgency, the hunger, is back like on the first album.

Jesse James Dupree: Thank you, I’m glad you connected with the album. We’ve been very fortunate — we’ve done 60 shows this year, we have a fall tour booked and I have the new season of Full Throttle Saloon. There’s a lot going on.

Sleaze Roxx: Tell me about the new version of “Just Like A Negro” because that’s not the one on the album. How did you get DMC involved on the new version?

Jesse James Dupree: DMC had recorded in my studio in Atlanta with my partner Jeff Tomei on a project. My son came in to tell me that DMC was in the studio and I stopped by to say hello, we hung out for a little bit and I didn’t see him for a while after that. He heard the song and called me up and said, “Hey man I love the song. You’ve got to give me 16 bars.” So we sent it to him and he nailed it and here we are.

Sleaze Roxx: I saw the video clip for the song a few days ago. It’s pretty impressive for a clip from an independent band in this day and age — it’s slick. Did you have a hand in it since you have your own production company? 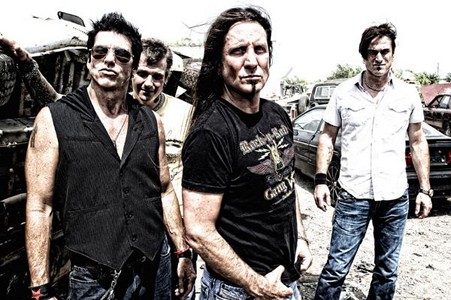 Jesse James Dupree: Thank you, I’m very proud of the end result. We got some buddies out of Kansas City to help us out with the video. It looks great. As you said, I have had experience with the production side having executive produced the MTV show Two-A-Days — I just directed and produced the latest Lifehouse video.

Sleaze Roxx: I really liked how you set up the album in terms of how it was sequenced. You get the one-two punch with “Loads Of Fun” and “I Can’t Stop”, and then the one-two punch with “She’s Not A Drug” and “My Moonshine Kicks Your Cocaine’s Ass” — the listener is ready to throw in the towel! That’s just four songs in. You get a little breather seven songs in with the title track then again with the cover of “Mercedes Benz.”

Jesse James Dupree: (laughs) Yeah, well after track ten I consider the rest just bonus tracks. I’m not so self indulgent that I care if they were in there or not. The way I look at it is that they are listed bonus tracks — the first ten are the album.

Sleaze Roxx: Tell me about Full Throttle Saloon. I just saw it for the first time about a week or so ago it was a rerun. The new season kicks off next week on the 17th of November.

Jesse James Dupree: I’m executive producer of the show. I’ve worked long and hard to get that show on a network. Mike Ballard is a friend and partner — we have a Full Throttle franchise that we’re launching. We’ll have Full Throttle Saloons all across the country.

Sleaze Roxx: That sounds interesting. The episode that I saw was the one where you brought in Korn to play at the rally and all sorts of things kept going wrong. This show is like an action movie because it had the viewer on the edge of their seat. 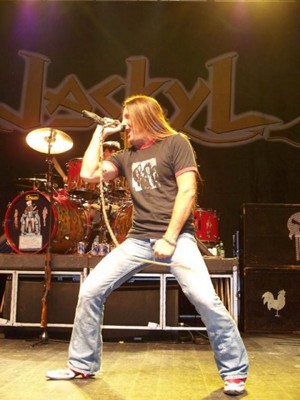 Jesse James Dupree: The new season is no different I just can’t wait for everybody to see it.

Sleaze Roxx: You mentioned Two-A-Days and we know about the Full Throttle Saloon. How did you, the singer of a rock ‘n’ roll band, get involved in television production?

Jesse James Dupree: This came about when I did a pay-per-view in Sturgis, South Dakota from the Full Throttle. I had some partners that made it such a great experience. I knew that I could do this if I had a little more control than I did on the pay-per-view and I ended up finding a partner, Arnold Rifkin, who has worked on movies like Die Hard, Pulp Fiction and a lot of cool stuff. He’s a partner and a very good friend — together we placed the show. It’s been a lot of fun for me to be a part of the production and the storyline.

Sleaze Roxx: Before I let you go I have to ask, and I know you’ve probably been asked this numerous time before, but I haven’t heard the story. So if you don’t mind, let us know how the chainsaw came to be used on “The Lumberjack”?

Jesse James Dupree: (laughs) There was a bar in Atlanta where we had a sales and attendance record in — I threatened to come in with a chainsaw and cut the place up because we had made the bar so much money. This was before we were signed by Geffen. Anyway, I figured since we had made him so much money I could take some liberties and shoot his blood pressure through the roof. We brought in the chainsaw, I carved my name into the bar and people thought it was great. He fined us $100 for that — by the end of the night we were jamming on an old blues tune and I brought out the chainsaw and “The Lumberjack” was born.

Sleaze Roxx: Last question and then I’ll let you go. “The Lumberjack” is one of your signature songs, is it still as fun to play?