Joe Satriani is one of the premier American guitarists and a highly successful solo artist. Satriani has taught musicians such as Metallica’s Kirk Hammett, Primus’ Larry Lelonde, Steve Vai, and Testament’s Alex Skolnick amongst others and he raised eyebrows in 2008 when he announced that he had formed a band with singer Sammy Hagar, bassist Michael Anthony, drummer Chad Smith called Chickenfoot who released their self-titled debut album in June of 2009. The band created a buzz, struck a deal with Best Buy who released their album exclusively, and toured across North America. Like most super-groups, the fans wondered if this was truly a band or if it was a one-off project, but Chickenfoot swore it was a ‘real band’. True to their word, the band reconvened and wrote and recorded a new album entitled ‘III’ which will be released on September 27th in North America via eOne Entertainment. Sleaze Roxx caught up with guitarist Joe Satriani who was doing promotion for the album.

Sleaze Roxx: You have a new album that will be released on September 27th. It will be your sophomore album. You’ve completely bypassed calling it II and instead opted to call it ‘III’. What’s the reasoning behind that?

Sleaze Roxx: When I heard you guys were calling the album ‘III’ I immediate thought of a chicken’s foot — it has three toes.

Joe Satriani: (laughs) Right, once you start thinking about it the wheels in your head start turning. I’ve been telling people that we have a great tie in with the 3-D or that we recorded an album that had a mystique around it that we didn’t release it and we released the 3rd one.

Sleaze Roxx: One thing I like about Chickenfoot is that the drums and bass don’t have to fight their way through the vocals or the guitar. You don’t overplay on the album, you play what the song needs then you kick in with the solo. Was this all done by design or is this how things turn out when you get together?

Joe Satriani: It’s a natural thing. The sound that we make as a unit is so impressive and so delicious sounding that I’d hate to play all over it. To me playing all over a recording is a dated style. You heard that in the ’80s where a guitar player was all over the place while the singer is singing. We don’t write music like that. That era was great, but it came and it went — we’re in a different era. If you put on a guitar and you were playing with Michael Anthony and Chad Smith you’d understand that you want to be part of it and not on top of it. When I was writing “Big Foot” I wanted to write a riff where the three of us could sound like a wall of sound — where we’d be so tight that no one would be the superstar except for Sam’s vocal when he came in. The same goes with Sam, he doesn’t want to over sing it, he wants to fit right in. Ultimately it makes for a larger sound when you have everyone joining forces rather than someone trying to be the superstar.

Sleaze Roxx: Right, that’s what I heard on ‘III’. No one person is playing through another or trying to fight their way through — it’s a collective unit.

Sleaze Roxx: I have a friend who played me the opening section of the song “Big Foot” when you released it online. He said, “I bet you don’t know who this is?” I replied, “Sounds like Chickenfoot to me” and he said to me, “How did you know?” It’s the trademark sound. You guys have this swinging power funk groove that’s rocking. There are two great examples of this on ‘III’, “Big Foot” and “Up Next.” Is this what happens sonically when you guys get together? 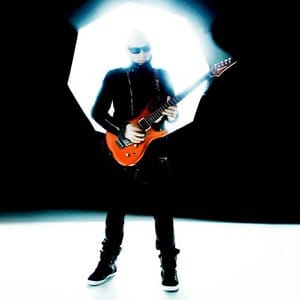 Joe Satriani: It’s definitely a chemistry thing. The majority of this album had the music written in demo form by myself about a year ago. I had about three weeks in finishing my last solo album ‘Black Swans And Wormhole Wizards’ and the tour. I spent those three weeks in a very creative period. I wrote the majority of these songs having in mind exactly what you just said. I wanted to take advantage of the swing and forceful groove that I know Mike and Chad can play. I wanted to be able to join in with that. I wanted the riffs that I was writing to take full advantage of those musical elements. I wanted to leave plenty of room for Sam to come up with the kind of things that only he can come up with.

When I started my solo tour the guys had about 16 of my demos to think about for a period of about five months. When we went into the studio in February they had let a number of those germinate. When we played the song “Big Foot” for the first time I went “wow!” (laughs) It was like you said, and you said it very well, there’s a swing to it and yet there’s this heavy rock thing to it. It’s just so unique and that is exactly what I was counting on when I wrote those riffs.

Sleaze Roxx: One thing that should be noted is that Chad Smith played on the album but due to his commitment to the Red Hot Chili Peppers won’t be playing live with you guys. Instead you have Kenny Aronoff doing live dates. How did you settle on Kenny for the sit-in drummer for Chad?

Joe Satriani: It was actually Chad’s idea. We knew that this was going to happen a year ago, we just didn’t talk about it. We knew it was going to happen but we figured we’d do the record first then worry about that later. (laughs) A few months ago we played in friendly situations with other drummers and Chad said, “You guys have to get together with Kenny, he’s the guy.” We’ve all known Kenny for years, we’ve just never played on records with him or done any touring with him.

The first time we played with him was a few weeks ago when we shot the video for the song “Big Foot”. That was an amazing two days — he killed it. He’s very professional and he has an enormous amount of influences like Chad that he brings out. Kenny has such a great personality too. You’d think that Chad and he were brothers or related in some way, they have that same over-the-top energy and enthusiasm. They can do that swing thing and play straight rock at the same time. It’s a very unique blend of styles and perfect for The Foot.

Sleaze Roxx: I’ve seen some tour dates listed for the fall, but when will the full scale tour behind ‘III’ begin in North America? 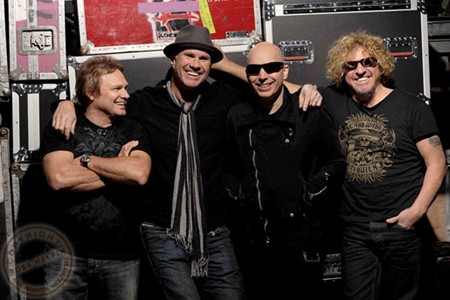 Joe Satriani: We’re doing a road test tour in November. These shows will coincide with some TV and radio appearances that will be taking place. We’re doing this short run to announce that the new record is out and we’ll be gearing up for a full-scale tour. Our official tour kicks off early next year, we’ll start in Europe then we’ll be back in the States by summer. When we get back here we’ll do a full North American tour. I’m looking forward to getting out there with these guys.

Sleaze Roxx: How are things different for you in the studio and in the writing process of an album as a solo artist versus as a band?

Joe Satriani: It is different. It’s a huge weight and responsibility lifted from my shoulders being in a band versus being a solo artist. When coming up with music, recording, and touring you have to come up with everything on your own. As you know, my solo albums don’t feature a long list of guests on them — I have to come up with everything in that situation. In Chickenfoot you can bring in the thinnest of song ideas into the studio and you’ve got three other over-the-top and amazing musicians that help you take an idea and run with it. In a band it allows me to be a free thinking guitar player. I don’t have to think about a budget, a schedule or anything like that. Musically it’s just so different. When writing instrumentals there’s no writing or leaving a space for a vocalist.

Sleaze Roxx: Last question, in the foreseeable future will there be another G3 tour?

Joe Satriani: Absolutely, there’s a very good chance that you might see one next year. It would have to be worked around some Chickenfoot shows. I think it’s too early to tell because we might be heading overseas at that time. There will be more — that’s an ongoing concern that I’m always working on. Due to the nature of it, we keep it quiet until we know that it is going to happen.