Ask and you shall receive. We sent out a request for another 10th Street Entertainment act and we were granted an interview with John Allen. Some of you might recall that John was part of the power-pop band SR-71 who had a hit with “Right Now.” Well John has gotten up from behind the drum kit and is fronting the Baltimore band Charm City Devils who have landed the choice slot of opening Cruefest. Anyway here’s what John had to say, read on and enjoy.

Sleaze Roxx: Charm City Devils in my opinion are a balance of 80’s hard rock excess, backed by AC/DC with a modern spin. How would you describe the band’s sound to those that haven’t heard Charm City Devils before? 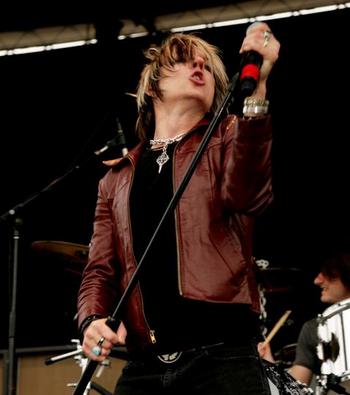 John Allen: I think that is a perfect description!

Sleaze Roxx: As the founding member of Charm City Devils, how did you go from drumming for SR-71 to fronting your own band? Did you always have the desire to be fronting the band rather than being in the back?

John Allen: I don’t think I always had the desire. I recently felt that I wrote things that suited my voice and it made me want to get out and kick ass.

Sleaze Roxx: What lead to the demise of SR-71? I ask because there are people who love the band and SR-71 have a cult type following like Butch Walker’s Marvelous 3.

John Allen: Really? That is awesome that there is such a love for that band! I had so much fun playing drums for Mitch Allan. I guess the fact that we couldn’t get a new domestic deal was frustrating. So, he turned to writing producing and working on his solo record.

Sleaze Roxx: Who are some of your influences musical and otherwise?

Sleaze Roxx: How long has the material that we hear on your debut album Let’s Rock-N-Roll been around? Did you have to change or rework things once you got into the studio?

John Allen: “Burn Baby Burn” was the first track written and that was one that I tried to re-cut vocals so they weren’t so distorted (I sang thru a guitar distortion box) but it didn’t have the same vibe.

Sleaze Roxx: The song “Let’s Rock-N-Roll (Endless Road)” has anthem written all over it, I was hooked from the first listen. That track alone made me want to hear more and pick up the record. Who selected that track to launch the band? I think it was brilliant. 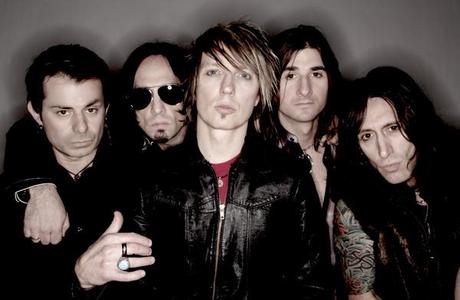 John Allen: Cool! That was the track that got us the deal. The local rock station in Baltimore started playing it in demo form and it was doing well. I think it was only natural to make it our introduction to the world.

Sleaze Roxx: Did Motley Crue’s Nikki Sixx personally select you guys for Cruefest II or how did that come about?

John Allen: I am not privy to how they selected us. I think it was something that he thought would be good for us and the other guys in Motley Crue were gracious to let us be a part of the hottest rock music festival of the summer.

Sleaze Roxx: What do you hope to gain from being on Cruefest this summer? What’s been the reception so far to Charm City Devils?

John Allen: The reception has been awesome. Well, we hope to meet a lot of people and turn them on to our band for sure, so come out early.

Sleaze Roxx: Are you guys looking at more touring after this summer? Will this be on a smaller scale or part of another package tour?

John Allen: We will be workin this record for the next 2 years. Stages big and small are on our radar and as long as there are some people who want to rock out with us we are there.

Sleaze Roxx: John thanks so much for taking some time out of your busy touring schedule to answer some questions, I really appreciate it.

John Allen: No problem. It’s been my pleasure

Thanks to John Allen, 10th Street Entertainment and Ruben Mosqueda