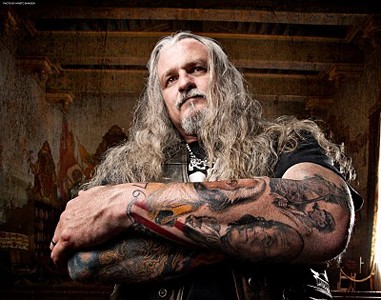 Iced Earth guitarist, main songwriter, and founder Jon Schaffer has just released his new album from his side project Sons Of Liberty. The album is entitled Brush-Fires Of The Mind, and it also marks his return to Century Media Records where it all began. It’s also worth mentioning that in addition to signing Sons Of Liberty, Century Media has also resigned Iced Earth — so it’s all come full-circle for Schaffer. I had a chance to ask Jon a few questions about Sons Of Liberty, Demons & Wizards, Ronnie James Dio and what’s next for Iced Earth. Check it out and enjoy.

Sleaze Roxx: You’re back with Century Media Records where you began your recording career. You voiced your displeasure on the label’s move to issue The Best album after your departure and the release of The Live In Athens DVD. The DVD you didn’t feel was up to Iced Earth standards. Have you gotten past that? Did they contact you about you coming back?

Jon Schaffer: Our management was in touch with several labels, which is normal when shopping a deal. Though I’m not thrilled with either of the products you mentioned, the label had the rights to do it. We’ve gotten past our differences and I think things will be more professional in the future from both sides.

Jon Schaffer: The original Sons of Liberty was not actually a political party. It was an activist group of individuals including Samuel Adams, Paul Revere and John Hancock that set brush-fires of liberty in the minds of the colonists. They were rabble-rousers and hardcore proponents of freedom and human liberty. They mostly met in secret and plotted the American Revolution. They formed in 1765.

Sleaze Roxx: Correct me if I’m wrong, but the music found on Brush-Fires Of The Mind was all inspired by the beliefs of the organization the Sons Of Liberty?

Jon Schaffer: The basic principles of the original Sons Of Liberty are definitely alive in my musical project, but to state that it was all inspired by the originals, is probably not accurate. There’s a lot of modern history that has influenced this CD.

Jon Schaffer: I believe that in general the Tea Party is good. However, there’s no doubt that establishment Republicans are trying to hijack the movement, and that is bad. The system is scared of the Tea Party so it is being infiltrated by establishment scum from the right and demonized by establishment scum on the left. The real Tea Party principals are in line mostly with a Libertarian/Constitutional view of how the country should be running. The two party system is a fraud, it’s two wings of the same ugly, collectivist bird.

Sleaze Roxx: You’ve shied away from talking about politics in the past while promoting your music. Was it because you were misquoted on a couple of occasions? I think most people got the idea that you are a Republican.

Jon Schaffer: I used to be in the mindset that one party was the lesser of two evils. Now, I vote no more evil. I’m sick of the lies from both parties, they both have betrayed the American people and are responsible for the dire straits the country is in.

I have voted Republican and independent in the past because I’ve always been a constitutional conservative. However, I don’t trust the rhetoric from any politician anymore. I am watching these people like a hawk, and that’s what we all need to be doing. These are professional liars in most cases, and we need to throw out the establishment scum from both parties.

Sleaze Roxx: Do you think there will ever be major support for a third party in America? Why or why not? 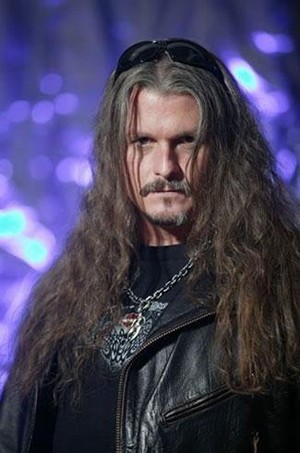 Jon Schaffer: I think the people would definitely support it. The problem is the giant multi-national corporations and the banksters that run them. They print the money and control the airwaves, so it’s been fairly easy to fool the people and get them to believe in the current head puppet that the system is pushing. I think the people are waking up to this fraud, and when the American people rise up in righteous anger, there will be hell to pay. We have been fleeced by a bunch of robber barons and the puppets they control. It’s time we all get wise to the system and the lies it perpetuates on the people.

Sleaze Roxx: You’ve had a handful of performances slated for the Sons Of Liberty. Will you do a full scale tour in North America if this project takes off?

Jon Schaffer: Sons Of Liberty will tour the world, just not in this calendar year. We will consider all options for touring. It’s crucial to get the word out.

Sleaze Roxx: Would you ever do a program like the Colbert Report or Glenn Beck’s show on Fox?

Jon Schaffer: I would be happy to speak to anyone willing to listen to what I have to say. The networks are controlled to a large extent though, so I kind of doubt that they would allow me to go into great detail about what I’ve learned. I would sure like a shot at this though.

Sleaze Roxx: Do you think that the Sons Of Liberty would be well received in other countries? Or do you care for that matter?

Jon Schaffer: This is a worldwide issue and I think it’s crucial that everyone that desires liberty get informed about what is happening. If the USA goes into full-blown tyranny it will be devastating for the rest of the world. Almost every nation on Earth is controlled by the same global elite, and through seizing the money supply of the nations of the world they have corrupted all of our governments and institutions. We need to focus on the manipulators and get past their puppets if we’re ever going to turn things around.

Sleaze Roxx: Iced Earth opened for Heaven And Hell a couple of years back in Europe. You mentioned that you talked with Ronnie James Dio about doing a project together at some point. How did that come about and what direction did you envision that going?

Jon Schaffer: We did speak about that a few times through the years, but we got serious about it while touring the UK together in 2007. Unfortunately, our schedules didn’t allow it to happen because of other commitments at the time.

Sleaze Roxx: What are your thoughts on Ronnie’s passing and your favorite Ronnie James Dio moment that you’d like to share?

Jon Schaffer: I will miss Ronnie. He was one of the most genuine people I’ve ever met. He was a total class act and an inspiration to millions. The best memory with Ronnie was a night at the Royal Garden in London while we were both promoting new releases. We drank and laughed until the wee hours of the morning and just had an amazing time.

Sleaze Roxx: What’s the status of Iced Earth at this time? Are you guys taking a break for a specified period of time?

Jon Schaffer: Iced Earth will begin working on new material in late summer/early fall and there will be a new CD next year. The Festivals Of The Wicked DVD will be out before Christmas this year.

Sleaze Roxx: How close are you to doing another Demons & Wizards album?

Jon Schaffer: It will likely be a few years before Hansi Kursch and I can get to it, but there will be more.

Sleaze Roxx: Anything you’d like to say to the readers in closing?

Jon Schaffer: Get informed and protect yourselves and the ones you love. We are living in historic times and good people must rise to the challenges that lay ahead. Take care.

Thanks to Jon for taking the time to answer some questions. Thanks also to George V. at Century Media for making this happen… you rule.