I HAVE BEEN A BIG FAN OF GLAM METAL BAND, DIAMOND REXX, EVER SINCE THE RELEASE OF THEIR “LAND OF THE DAMNED” BACK IN 1986. THE CHICAGO BASED ROCKERS RELEASED FIVE ALBUMS AND ONE EP BETWEEN 1986 AND 2002. AFTER MORE THAN THIRTY YEARS, DIAMOND REXX ARE BACK TOGETHER WITH THEIR ORIGINAL LINE-UP AND STILL ROCKING AWAY! SLEAZE ROXX CAUGHT UP WITH DIAMOND REXX’S FRONTMAN NASTI HABITS FOR HIS TAKE ON THE PAST AS WELL AS THE FUTURE FOR THE BAND.

Sleaze Roxx: I noticed that you’ve recently done live shows with some other great bands like BulletBoys, Gunzo and Great White. What else can we expect from Diamond Rexx on the horizon? The last release by Diamond Rexx was ‘The Evil’ in 2002. Any chance you’ll record a new album in the near future?

Nasti Habits: We are looking into recording a live album. Also, we will be releasing our new single “Dead” very soon. We will also continue to do some touring. We have a big show coming up on October 17th with Warrant at Home Bar in Arlington Heights, Illinois in the US.

Sleaze Roxx: Over the years, you’ve been on various bills, doing live shows with a lot of different bands. Which band(s) did you enjoy playing alongside the most? And which band(s) the least? Did any of these bands have a huge ego? Do you have any good tour stories to tell?

Nasti Habits: Opening for Vince Neil in Detroit and for Ratt the first time they played Chicago are definitely at the top of the list. As far as huge egos, none to speak of except our own. Remind me to tell you about Cleveland when I meet you, That story is not for print!

Sleaze Roxx: Who were your influences when you were listening to music as a teenager?

Nasti Habits: As far as frontmen, Ozzy, Cooper, Roth, & Jagger. Metal influences — definitely Motley Crue and Judas Priest. Bands — I listen to everything from Pink Floyd to Pink and from Eminem to Kid Rock to, believe it or not, Sinatra, Elvis, the Beatles & many, many more.
Sleaze Roxx: If you hadn’t started a career in rock, what kind of career path do you think you’d have taken?

Nasti Habits: I’d probably be in the mob!

Sleaze Roxx: Tell me about the name Diamond Rexx. How did you come up with it?

Nasti Habits: It kinda seems like it’s always been there.

Sleaze Roxx: I’ve always thought that Diamond Rexx has a unique sound from a lot of the other bands out there. Diamond Rexx is known as a fixture in the Chicago music scene. Since L.A. was the breeding ground for a lot of the 80’s glam scene, do you think coming from Chicago helped you create a different sound for Diamond Rexx?

Nasti Habits: We’ve always been a street band. None of us had any money. We’ve always rehearsed in the ghetto neighborhoods of Chi-Town. Chicago can be a tough city. I think that’s where our sound came from — the streets. 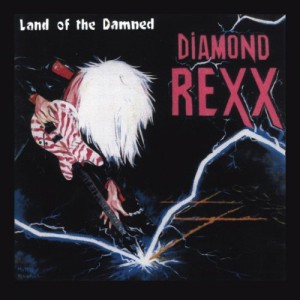 Sleaze Roxx: I remember when “Land of the Damned” first came out, every hard rock magazine had a full page ad for it. You guys were everywhere. How was working with Island Records? Do you feel like they did a good job of promoting the band?

Nasti Habits: It was a great experience being on a major label with bands like U2, Anthrax, Robert Palmer, etc. We could have used a little more tour support, but overall, it was very cool being on the label.

Sleaze Roxx: For anyone who doesn’t know you, what do you think they would be the most surprised to find out about you?

Nasti Habits: Family is very important to me.

Sleaze Roxx: On “The Land of the Damned” album, one of the tracks is called “Kick in Your Face.” If you had the chance to kick in the face of someone famous, who would it be? Why?

Nasti Habits: Stupid rappers with no talent and huge egos. Not to name anyone specifically, but I’d probably look west.

Sleaze Roxx: Okay, so here’s a question I’ve always wanted to ask you. At the very beginning of the title track on “Land of the Damned,” what are you saying? It sounds like it is being played backwards. My friends and I played it backwards and I remember it almost sounded exactly the same, so there was always this mystery about that for us. One of my friends jokingly said that it sounds like you’re saying Asics for sex, as in the Asics running shoe (laughs).

Sleaze Roxx: It’s great to see the original band playing together. You are one of the few bands with all original members to be playing together almost 30 years later. That says a lot about the resilience of the band. If you had a chance to put together a one time only, all-star rock band of any musicians to jam with, throughout history — dead or alive — who would you choose for each position in the band?

Nasti Habits: I never really thought about it. I would have liked to have heard S.S. & Johnny Angel jam together.

Sleaze Roxx: I really liked the cover version of “Ace of Spades” that you recorded for ‘The Evil.’ Are there any other cover songs that Diamond Rexx have performed live or in practice that might make it on to an album someday?

Nasti Habits: “Fight For Your Right” by The Beastie Boys.

Sleaze Roxx: I was really glad to see ‘Land Of The Damned’ get re-released back in 2007. I also really enjoyed the ‘Golden Gates’ EP and ‘Rated Rexx’ that were originally released on Red Light Records. Any chance that they will ever be released again? Since they are currently out of print, I see them going for up to $79 on eBay. So I’m sure there’s a lot of demand for them from the fans.

Nasti Habits: Yes, we are working on making the entire catalog available. 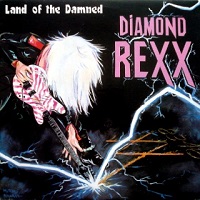 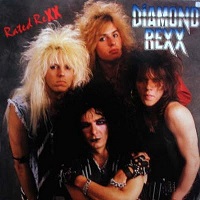 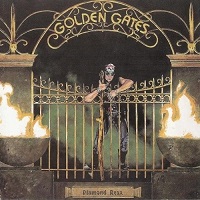 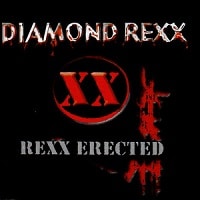 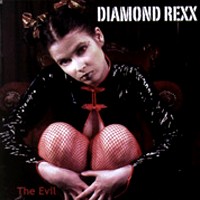 Sleaze Roxx: In 1986, a horror movie came out called “Trick Or Treat.” It had cameos by Gene Simmons and Ozzy Osbourne. I always thought that they based the title character — an undead rock star named “Sammy Curr” — after your look. I mean it’s uncanny how similar it is. Did you ever feel that they copied you?

Nasti Habits: I hope so!

Sleaze Roxx: Speaking of Gene Simmons, recently, he’s received a lot of criticism for making the statement that “rock n’ roll is dead.” What’s your thoughts on this?

Nasti Habits: It’s not dead! But, it’s not like it was back in the day. We had to save money to go record somewhere, hire a pro photographer to shoot us, send cassettes to any magazines to try to get a review, and if you played your ass off and got noticed, maybe you got signed. In other words, we had to work for it.

Sleaze Roxx: What do you think of the current rock music scene? Do you like any of the bands that are out there?

Nasti Habits: There’s a handful of younger bands that really put out the energy. Check out Shokker! They’re a breath of fresh air. [click here for Sleaze Roxx’s review of Shokker’s debut EP]

Sleaze Roxx: Is there anything that you’d like to say to your fans or perhaps to some of our readers who may not have had the opportunity to hear Diamond Rexx yet?

Nasti Habits: Check us out! We’re just a straight ahead good time rock & roll band. We love what we’re doing and can’t stop!