Former Scorpions guitarist Uli Jon Roth will be hitting the road once again with openers Andy Timmons (Danger Danger) and Jennifer Batten best known for her years working with Michael Jackson. The tour dubbed ‘The Ultimate Guitar Experience’ will be just that according to Roth; “I think Andy (Timmons) is a fantastic guitarist; I don’t think enough people are aware of this. I’m a big admirer of Jennifer’s (Batten). I like her as a player; she’s an unusual player and not run of the mill. She has a very interesting take and approach on the guitar.” Roth goes on to say, “The same can be said about Andy Timmons.”

Roth is currently supporting his record issued a year ago titled ‘Scorpions Revisited’ where he recorded and reinterpreted some of his (Scorpions) classics. “The feedback was tremendous,” says Roth of the aforementioned album. Roth who has a live record in the works hints the live effort will ‘revisit’ the infamous live album that he did with Scorpions ‘The Tokyo Tapes.’ There will also be a DVD recorded in Japan which will certainly be a treat for fans. “The last tour we played mainly material from the last album (‘Scorpions Revisited’). This tour we will be performing different things; I won’t give it away but we won’t do as much (of the) Scorpions music.” ‘The Ultimate Guitar Experience’ will be just that so don’t miss out on this event.

Sleaze Roxx: It was a little over a year ago when you released ‘Scorpions Revisited’ which is nod to your history and your work with Scorpions. You treated the fans to not only one disc but two discs of reinterpreted Scorpions classics. How did you select which songs would make the cut for that release?

Uli Jon Roth: That was quite easy actually. I looked at the album sleeves. I looked at the albums and looked at the track listings and said “Yeah, those are the ones.” I had a selection of about 25 songs and 18-19 ended up on the album. These were my favorites — most which I had written. There were a few that were written by Rudolf (Schenker) and Klaus (Meine) with my input being me providing guitar lines.

It was unusual for me to relive my past. I see it as a reinterpretation like you said of my past. I left Scorpions when I was 24 years old. There had been a lot of water under the bridge. As you can probably imagine, I’m a much different person now. It was an interesting project for me. I was not prepared to find what I did in this project. It was enjoyable and refreshing. I must confess a lot of the songs that we recorded, I wasn’t completely satisfied with how we recorded them in the ’70s. I wanted to make sure that I was happy with the new versions of the songs. 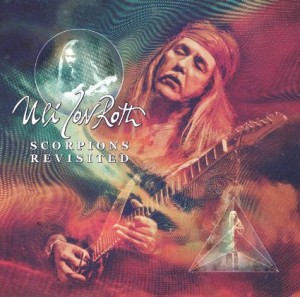 Sleaze Roxx: Uli, off the top of my head, the only song that is missing from ‘Scorpions Revisited’ is “Steamrock Fever.”

Uli Jon Roth: [Laughs] You know that’s the only song that I didn’t like [laughs]! It’s too much of a ‘pop song.’ It’s got a catchy melody but it just doesn’t work for me. I played on that song on the album but if I recall, I played a couple of lines on that one. I wasn’t convinced that it was the right song for that album but I hear what you’re saying there are fans that love “Steamrock Fever” and I have to respect that. You know it’s strange. Before you said it, I somewhat knew that you’d mention that song [laughs]!

Sleaze Roxx: There’s a number of parallels between you and Michael Schenker — both former Scorpions guitarists, both went on to solo careers and both have entered a ‘celebration’ phase of your careers where you’re embracing your musical histories.

Uli Jon Roth: [Laughs] It’s quite eerie, isn’t it? [Laughs] Michael and I have touched on this in our conversations in the past but it’s purely coincidental, of course. There are a lot of parallels. We both started off in Hanover about one month apart. We both embraced guitar playing at a very young age. We both made it out Hanover at the same time roughly. We both left the Scorpions out of our own accord. Michael actually left them twice [laughs]!

Sleaze Roxx: I imagine since you’ve been touring relentlessly behind ‘Scorpions Revisited’ — you must have recorded a number of live performances, no? 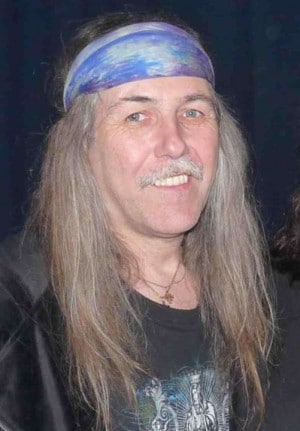 Uli Jon Roth: Well, we have recorded a lot of shows but I just want to release the very best. There will be be a counterpart to ‘Scorpions Revisited’ and it will be called ‘Tokyo Tapes Revisited.’ It’s a DVD recording of a 2.5 hour show that I did in the same hall where we recorded ‘Tokyo Tapes.’ That video looks and sounds really great. We just finished editing it in Japan last week. It will be out later this year. We originally wanted to issue another live performance that we had recorded and I wanted to issue it after the studio album but I wasn’t too happy with that and we decided against that. Then, there was talk about recording the show in Japan where Scorpions recorded ‘Tokyo Tapes’ and that turned out wonderfully.

Sleaze Roxx: I’m curious. Do you ever sit back and listen to your own music? What do you think?

Uli Jon Roth: I rarely listen to my own work. When I’m doing an album, it’s so intense and I learn it inside and out that it lasts for a lifetime. Having said that, there are times where I hear my music playing somewhere and I feel surprised and other times, I have a lot of question marks because of certain issues. I feel that once I’ve produced it and once it’s been released, I just have to let it go. I don’t have to listen to it anymore because it has become completely internalized and I don’t need to listen to it anymore.

Sleaze Roxx: What about other music? Is that something you listen to? If so, what moves the needle for you?

Uli Jon Roth: I love silence [pause]. I like to think a lot and I like my imagination to do the rest. I don’t need music physically as much I need it more in my mind. I don’t know if that makes much sense to you? I love to play the piano every morning. I love to study the music of the masters of classical music. That is all the music I need for the day unless I’m writing new music for an album.

I’m just not a ‘music junkie.’ I know a lot of my colleagues have a huge music library. Others have music on their iPhones or their iPads. I don’t. For music is such an intense experience that playing it simply exhausts me. I can’t do it casually — I just can’t. It kind of annoys me actually [laughs]! Often times, it’s playing in the background and it gets my attention and draws me in and it stuff that I don’t even like [laughs]!