Australian rockers Ragdoll have released a full-length album entitled Back To Zero on May 6, 2016.

Ragdoll‘s bio on their Facebook page states in part (with slight edits):

Built around the classic trio format, ‘Back To Zero’ is an epic slab of hard rock with a sound that owes as much to the arena rock of the 70’s and 80’s as it does the grungy sounds of the 90’s. 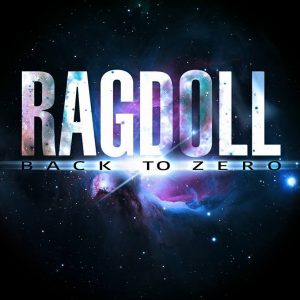 Led by the powerhouse vocals of Ryan Rafferty and backed by the shredding guitars of Leon Todd and pounding drum grooves of Cam Barrett, ‘Back To Zero’ may tip its hat to the past but is a thoroughly modern record. Avoiding the genre’s cliche of sex, drugs and rock n’ roll, ‘Back To Zero’ instead explores lyrical themes ranging from social media addiction (current single “The World You Gave Us”), technological alienation (“Rewind Your Mind”), domestic abuse (“Letting Go”) and the existential (“Shine”).

Renowned as one of the hardest working bands around, Ragdoll hit the road throughout 2015 playing over 70 shows throughout Australia and the USA in order to fund their album themselves. By road testing new material while writing and having complete control over their creative process, the final result is a consistent and honest expression of the Ragdoll sound.

Todd says of the process, ”We just set out to make music we ourselves love to listen to. We never set out to sound like anyone other than ourselves.”

After planting seeds in the US via 30+ dates including a coveted slot at the Rocklahoma festival (alongside Megadeth and Rob Zombie) and supporting Skid Row at the Whisky, Ragdoll plan to head back overseas but will first launch ‘Back To Zero’ with live dates this June and July around Australia.

On what drives Ragdoll in 2016, Rafferty says “We feel like Ragdoll is a band that happily bridges the divide between old and new school while still staying true to the aesthetics that made rock music so great in the first place.”

Playing God, from the album ‘Back to Zero’, available now from Firestarter Distribution and Bad Reputation.