Imagine hearing a band that you have never heard of before and instantly thinking how good they sound. That is exactly what happened to me while some YouTube videos were playing on my computer. I heard Black State Highway‘s song “Ain’t Got No” and quickly took a peek to see which band this was. I put the band’s name in Facebook and was quite disappointed to see the following message on Black State Highway‘s Facebook page dating back to january 24, 2016: 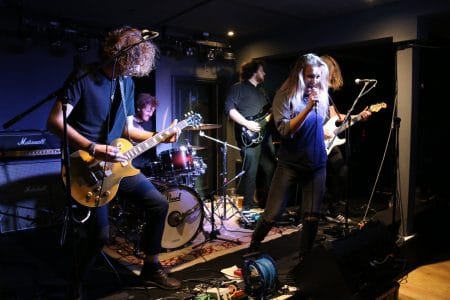 “We want to say a massive thanks to everyone for your support over the last two years! Since the release of our debut album we’ve played some insane shows and met loads of fucking cool people!

We’ve been a bit quiet on here recently as we have decided that we will no longer be playing as Black State Highway. Instead we are taking some time to focus on writing new music as a new band.

We will be back with more info soon!