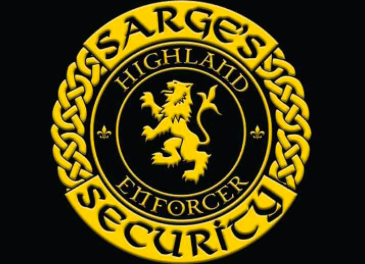 Introducing the security man for Ratt, Stephen Pearcy, Ted Poley and others

The safety of artists and bands is of the utmost importance and Sarge McIntyre is a man who makes a living protecting rock stars. 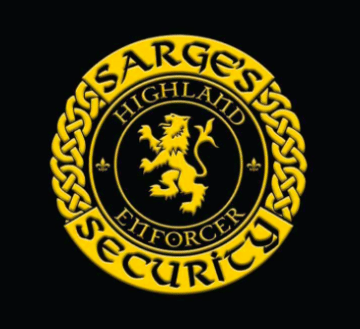 With respect to Pearcy, McIntyre states: “When I first worked with Stephen Pearcy in 2016, it was by happenstance.”Thanks for the help, Sarge. I’ll be in touch soon- you’re my guy,” I remember him saying as he was driving away..and a few months later, true to his word, I was working personal security for the legendary Stephen Pearcy. After several solo dates, I was brought into the RATT pack and was honored and humbled to work personal security for RATT on the 2017 US tour. Stephen, Juan Croucier, Warren De Martini, Carlos Cavazo, and Jimmy De Grasso…what a freakin blast!!!! Stephen is someone I consider a mentor and true friend and brother. Here’s to 2018 and beyond.”

In regard to Poley, McIntyre states: “Ted Poley. He’s sold millions of records and toured the world 10 times over..the voice of DANGER DANGER..amazing solo artist..historian..collector of all things vintage..and my mentor and best friend. Simply put, without Ted Poley, there would be no Sarge Security. There’s a reason Ted is one of the most beloved rockstars on the planet: he’s genuine. True to himself and to his fans and friends. I’m honored to call him my TRUE FAMILY. Through thick and thin, bro- we are one. Thanks for all the valuable lessons learned- AND those still to come..may they be painless and leave no marks.”

“With a pedigree like Sarge McIntyre, it’s no wonder this mountain of a man is affectionately referred to as the Scottish Viking.

The McIntyre clan emigrated from the highlands of Glen Noe (near Oban in NW Scotland) to the hills of West Virginia in the early 1700s. This small but hearty clan – whose motto is Per Ardua, meaning “through all difficulties”- prides itself on three distinct traits: LOYALTY, BRAVERY, and DETERMINATION. Sarge McIntyre embodies this spirit of peacemaking and honor.

Embracing his Scottish and Viking ancestors led Sarge to attend celtic festivals and Highland Games around the country. The journey to becoming Sarge began with the creation of The Mighty Nach Army, a rabid fanbase for the Scottish band Albannach. Sarge began promoting the band, encouraging fans to follow them on the celtic circuit, and led the charge to the stage (complete with his claymore) to excite the crowd and energize the band. His love for the music and comradery with his fellow Celts was tested in 2011 with an attack by a disgruntled fan on a Scottish musician and close friend. The idea that his friends were vulnerable to such careless violence planted the seed that would become Sarge’s Security.

Sarge’s love for metal and his instant charm made his transition to the world of metal inevitable. Since 2015, Sarge has worked as tour manager, driver, roadie, and security detail to artists on the Mayhem tour, M3 Rock Festival, Rocklahoma, Sleazy Slimey Sunday, 80s in the Park, and the Monsters of Rock Cruise, to name a few. He has worked with some of the biggest names in the industry, including Ratt, Danger Danger, Femme Fatale, Stryper, Hellyeah, Lynch Mob, Albannach, One Eyed Doll, Sister Sin, P.O.D., Living Colour, Tracii Guns (L.A. Guns), Mycah, Bulletboys, Ace Frehley, Faster Pussycat, Killer Dwarves, Beasto Blanco, and Kix.

Today Sarge can be found working main artist security for Ratt, Stephen Pearcy, Carlos Cavazo, Danger Danger, and Ted Poley. His clients are family and he protects them as if they were his own. Sarge’s Security provides personalized security detail before, during, and after the show.”