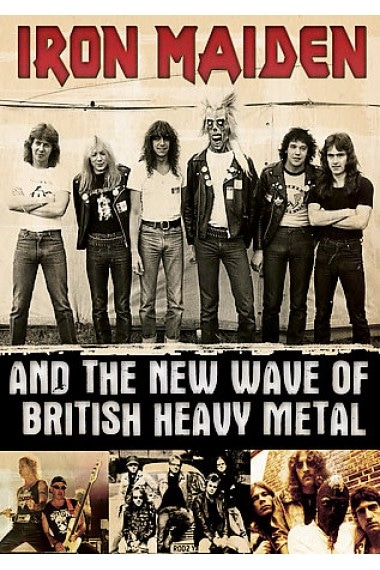 Back in 1976, nobody really knew that there was an old wave of British Heavy Metal. But within 2 years of their formation, Iron Maiden had spearheaded what came to be abbreviated the NWOBHM, and as with punk the year before, a new generation of Rock musicians bought in a new wave of the genre – and in the process made loud, raw, heavy rock the global phenomenon it is today.

For the first time this film investigates this New Wave – the bands, the records, the media and the series of unconnected events that led to this astonishing, durable and still hugely relevant form which is still heard today in virtually every rock record released.

Focusing on Maiden and the other pivotal bands of the time, such as Saxon, Samson, Praying Mantis, Diamond Head, Tygers Of Pan Tang and many others, this DVD is the ultimate expose of a style that may not get as much press as Punk, but is equally as relevant to the music of the second millennium.

It features rare footage of all the main NWOBHM bands; Live and studio recordings of the pivotal tracks; Scarce news items and archive of the movement, from the time, as it unfolded around the UK; Seldom seen photographs, many from private collections.

It also includes exclusive interviews with many of the major players, including, Iron Maiden’s Paul DiAnno and Dennis Stratton, Diamond Head’s Brian Tatler, Tygers Of Pan Tang’s Rob Weir, Samson’s legendary drummer Thundersticks, Tino and Chris Troy from Praying Mantis, the current line-up of Girlschool and many other high profile names from the New Wave Of British Heavy Metal.