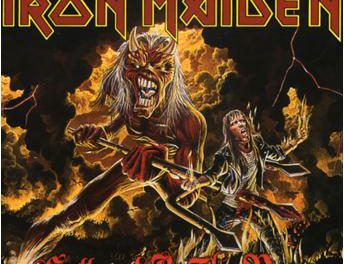 Heavy metal legends Iron Maiden have apparently dropped the song “Hallowed Be Thy Name” from their current setlist for their The Book Of Souls World Tour given that they have been recently challenged over who wrote the lyrics to their song, which first appeared on their 1982 album The Number Of The Beast. 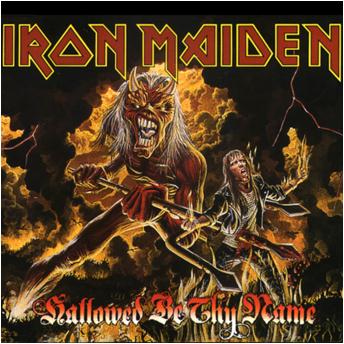 The Telegraph reported yesterday that: “Retired rock band manager Barry McKay is taking Steve Harris and Dave Murray, two musicians from Iron Maiden, to court over the song. He claims it reproduces major parts of another song “Lying in my Shadow”, written by musician Brian Quinn, under the name Brian Ingham.”

The Telegraph went on to quote a statement from Phantom Management who reportedly stated on behalf of Iron Maiden: “The dispute concerns the song Life’s Shadow, a song originally written in the early 1970s, credited to Robert Barton and Brian Ingham, and recorded by the band Beckett…. Steve Harris was a fan of Beckett and some six lines from Life’s Shadow were referenced in Steve’s song, Hallowed Be Thy Name…. As far as Steve is concerned, this matter was settled some years ago by agreement with Robert Barton. Any evidence presented by Mr McKay will be looked at very closely and a Defence at court will be submitted in due course.”

You can read the rest of the article at The Telegraph.

Setlist.fm reports that Iron Maiden last played the song “Hallowed Be Thy Name” at the Wacken Open Air Festival in Wacken, Germany on August 4, 2016 to a “plagiarism lawsuit.”