Iron Maiden‘s long-time manager Rod Smallwood was interviewed by Team Rock and spoke about the highlight for him in terms of Maiden‘s The Book Souls World Tour. Smallwood stated: 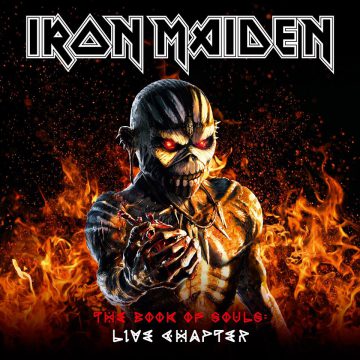 “There’s no question that Minneapolis/St Paul was the highlight of the tour for me. Why? It was a fantastic show and an amazing audience we hadn’t played to for close to 20 years, but mainly because the next day I went to New Zealand for the epic three-test encounter between the All Blacks and the British and Irish Lions! The fans know me as well as the band do – I’d never miss a rugby event like that but I did leave it as late as possible and came straight back out on the road to the Toronto show after the third test, which was also the night we had James, Kirk, Lars and Rob from Metallica on the desk with me. I’ve known those guys since I lived in LA in the ’80s, so it was great to see them.

Apart from that show I’d have to say that China was a great adventure for the band. I’d been before on a Charity Bike Ride to the Great Wall, but it still honestly felt that we were going into an unknown – the authorities had asked us in advance for all sorts of information about the setlist and show, but we were delighted to find when we got there that we were able to perform our usual show in its entirety for the fans. The only small changes asked of us were for Bruce not to swear or use the flags in “The Trooper”, as no national flags are allowed on stage in China! The two shows, Shanghai and Beijing, were pretty different but both hugely enjoyed by the band, ‘Krew’ and fans.

Flying on Ed Force One really came into its own on this leg, too. It guaranteed us plenty of attention and also made getting in and out much easier between Japan and New Zealand. We got to see many amazing places like the Great Wall, the Forbidden City, and Shanghai itself. We all felt a sense of relief, success and job well done when we finally set off for Christchurch.”

In terms of why the world needs another Iron Maiden live album — this time The Book Of Souls: Live Chapter which will be released on November 17, 2017, Smallwood advised: “The honest answer is that we still release live albums at the end of our tours because the core fans would crucify us if we didn’t! Each studio album creates its own world, which we try to replicate with the set design. The package we put together for The Book Of Souls studio album was so good that we thought it would be nice for the fans and collectors to have a companion piece that sat alongside it on the shelf. Also, it’s great for the band to have a record of the tour and setlist, particularly when it has gone down as well as this one did, and this live album also marks the end of this particular chapter in Maiden history. Finally, the band are proud that they are still playing as well, if not better, than ever and this gives those who couldn’t get to the tour a chance to feel part of it.”

You can read the rest of the interview with Smallwood at Team Rock.

Filmed on six continents during the 2016 Book Of Souls World Tour, this is a thank you to the millions of fans who came out to see us – maybe you’re in the v…