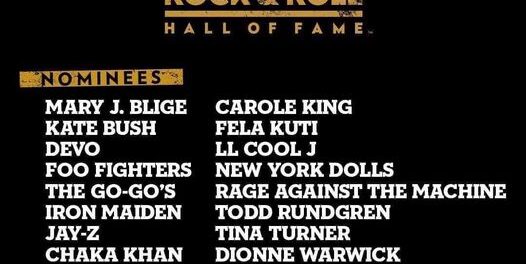 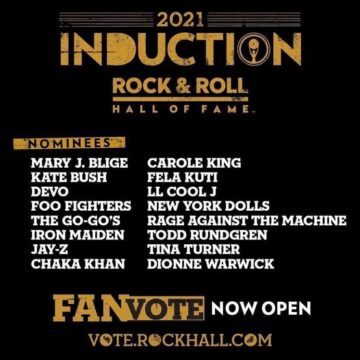 A notable absent on the list of former Iron Maiden band members is singer Blaze Bayley who handled the lead vocals on the studio albums, The X Factor (1995) and Virtual XI (1998). Stratton played guitar on Iron Maiden‘s debut self-titled album (1980), Di’Anno handled the lead vocals on the first two Maiden albums including Killers (1981) while Burr handled the drums on the band’s first three studio albums including The Number of The Beast (1982).

Inductees will be announced during the month of May and the Induction Ceremony will take place from Cleveland, Ohio, USA in the fall. To be eligible, an individual artist or band must have released its first commercial recording at least 25 years prior to the year of nomination. This would mean that Iron Maiden have been eligible to be nominated for induction into the Rock And Roll Hall of Fame since 2005 but inexplicably only received a nomination for the 2021 class.

Fans can vote every day at the Rock and Roll Hall of Fame‘s website or at the museum in Cleveland up to April 30, 2021. The top five artists selected by the public will comprise a “fans’ ballot” that will be tallied along with the other ballots to pick the 2021 inductees. 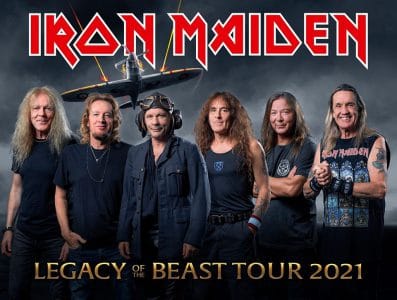 Pioneers of the new wave of British heavy metal, Iron Maiden achieved initial success during the early 1980s. After several line-up changes, the band went on to release a series of UK and US platinum and gold albums, including 1982’s The Number of the Beast, 1983’s Piece of Mind, 1984’s Powerslave, 1985’s live release Live After Death, 1986’s Somewhere In Time, and 1988’s Seventh Son of A Seventh Son. Since the return of lead vocalist Bruce Dickinson and guitarist Adrian Smith in 1999, the band has undergone a resurgence in popularity, with a series of new albums and tours. Their 2010 studio offering, The Final Frontier, peaked at No. 1 in 28 countries and received widespread critical acclaim. The sixteenth studio album, The Book of Souls, was released on 4 September 2015 to similar success, topping the charts in 24 countries. Iron Maiden were nominated for Rock and Roll Hall of Fame 2021 class.

Iron Maiden are considered one of the most influential and successful heavy metal bands in history, with The Sunday Times reporting in 2017 that the band have sold over 100 million copies of their albums worldwide, despite little radio or television support. The band won the Ivor Novello Award for international achievement in 2002. As of October 2013, the band have played over 2000 live shows throughout their career. For 40 years, the band have been supported by their famous mascot, “Eddie“, who has appeared on almost all of their album and single covers, as well as in their live shows.”