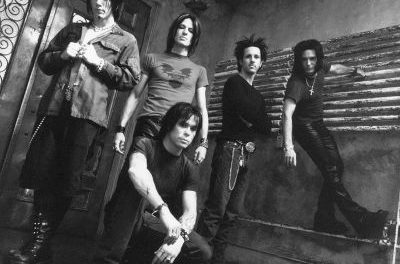 Is a Beautiful Creatures reunion in the works? 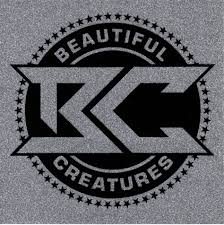 Booking agent and Quiet Riot guitarist Alex Grossi has posted a rather interesting message on his Facebook account with the cover of Beautiful Creatures‘ debut self-titled album released in 2001.

Grossi‘s Facebook post earlier today states: “A little bird told me that we MAY be seeing a lil’ bit of this in 2017….. Joe Leste, Anthony Focx, Dj ASHBA, Kenny Kweens……. Thoughts? #ImBOOKINGNOTplaying!”

Sleaze Roxx‘s Bio on Beautiful Creatures states: “Sleazy hard rock dragged kicking and screaming into the 21st Century, Beautiful Creatures managed to get a major label deal and make some headlines in an era when dirty rock & roll was on life support.

Joe LeSte (vocals, and at that time formerly with Bang Tango) and DJ Ashba (previously briefly the BulletBoys guitarist) formed the Beautiful Creatures in September 1999 in Hollywood. Over the next year, the group was rounded out with the additions of Anthony Focx (guitar, who originally played drums with such Sunset Strip bands 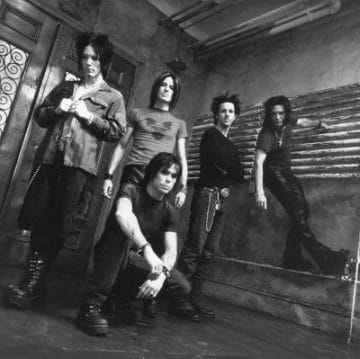 as Tommi Gunn and Jones Street), Kenny Kweens (bass, and at that time formerly with Shake The Faith and No. 9) and Glen Sobel (at that time, a session drummer who had worked with people such as Ken Tamplin, Gary Hoey and Saga).

The band played its first gig in July of 2000 and within three months had recorded a demo that caught the attention of Warner Bros records. The Beautiful Creatures were quickly being pushed into the limelight, garnering a spot on one of rock’s premiere tours — Ozzfest, despite having no album in stores. With the release of the debut album and the wrapping up of the Ozzfest dates, things began to unravel. With Warner Bros merging with AOL, several bands got lost in the shuffle with the Beautiful Creatures being one of them as their debut album sank with little promotion.

Founding member DJ Ashba quickly jumped ship followed closely by Sobel. Alex Grossi (guitar) and Matt Starr (drums) were brought in as the band was determined to forge ahead with a new label, and an album with the working title of Deuce. By the time of its release however, Mark Simpson and Timmy Russell were the latest members of the Beautiful Creatures. The group continued touring including playing Rocklahoma in 2009 and even had one of its songs, “Anyone” from the Deuce album, appear on the television series ‘Sons Of Anarchy.’ Beautiful Creatures eventually disbanded with Leste continuing on with Bang Tango.”