Is a Sister Sin reunion in the works with an announcement set for Dec. 23rd & two members leaving Liv Sin?

Yesterday, the following succinct message was posted on Sister Sin‘s Facebook page with the accompanying photo below: “December 23rd ?.”

Sister Sin fans and Sleaze Roxx readers will recall that back in mid-November 2015, the band announced that it was “no more” but seemed to have left the door open for a possible reunion in the future. 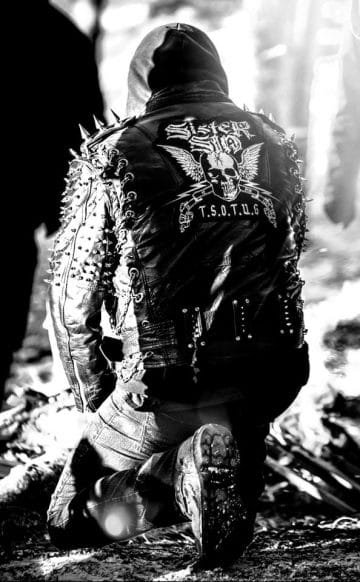 Part of Sister Sin‘s message at the time indicated:

“We have been touring and recording in a relentless schedule since 2008 and I guess we burned the candle in both ends and hit a wall. When we finally had the opportunity to step back and get some perspective, the motivation for some members in the band just wasn’t there any more…”

It is our hope that the flame will burn once again and hopefully resurrect this Swedish bastard sometime in the future. Time will tell…”

After the demise of Sister Sin, the band’s frontwoman Liv Jagrell reinvented herself and formed Liv Sin, which released three albums — Follow Me (2017). the Inverted EP (2018) and Burning Sermons (2019).

Earlier today, Liv Sin announced the departure of two of its band members via the group’s Facebook page with the hint of a “Contraband” in 2020.

CHRIS & TOMMIE: The time has come for us to leave Liv Sin. It is undoubtedly sad to step down from this project after so much hard work and so many fun memories. This is just as unfortunate as it is inevitable. And even though this might seem sudden, it’s something that has been in development for a while.

We wish our absolute best to Liv and Patrick on their future musical ventures. And big thank you to all SINNERS who have supported us these years! It has been amazing to meet you on the road touring, at clubs and festivals. We will carry this with us forever. But make no doubt about it, you will see us very soon again. Await The Contraband in 2020…”