Is Izzy Stradlin holding out on Guns N’ Roses’ reunion for more money?

Rumours are now circulating that former Guns N’ Roses guitarist Izzy Stradlin is holding out for more money in terms of his participation in the “reunited” version of the band.

The sources of the information are questionable as it is simply a message from an apparent administrator called “MSL” on the message board GN’R Truth. The message in question states (with additional edits in square brackets): 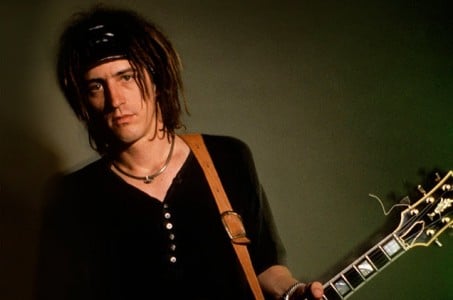 Slash & Duff are filling the spots that were open.

This is not the reunion of a defunct band. This is former members rejoining an existing band to fill spots that were open.

Izzy was offered tens of thousands of dollars to appear for 2-3 songs as he’s done in the past.

Based on Izzy‘s history, there was no reason to believe he’d showed up reliably full time or not just end up quitting, not to mention Axl being loyal to Richard [Fortus].

Ultimately, the answer to the OP’s question is: money.”

Back in July 2015, Sleaze Roxx reported that Ashba had left Guns N’ Roses to focus on Sixx:A.M.

More than a month ago, Stradlin turned to Twitter to announce that he did not have any involvement in the “reunited” Guns N’ Roses‘ April 2016 shows. Of note, Stradlin‘s message fell way short of advising whether he had undertaken any negotiations with the Guns N’ Roses camp up to that point. Accordingly, it could well be that money is the main dividing factor on why Stradlin is currently not announced as part of Guns N’ Roses‘ upcoming reunion.