Toscana, Italy based sleaze rockers 17 Crash are officially working on their third studio album and the follow up to Hit The Prey, which was released back on March 30, 2018. 17 Crash consist of Ros Crash on lead vocals, Wildcat and CJ “Black Dog” Guarne on  guitars, Lawrence Kaos on bass and Phil Hill on drums. 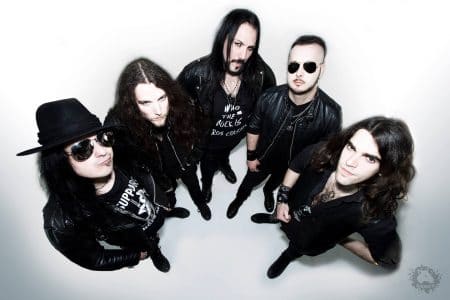 We are beyond thrilled to announce you all that we are officially workin’ damn hard in studio for our third album.?

Always follow us cause more cool news will be told soon.

PS :Feel free to share this new and tell the world ???