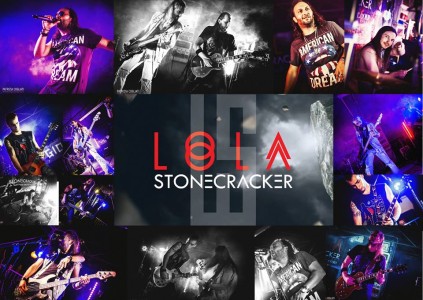 Italian rockers Lola Stonecracker have released a lyric video for their song “Witchy Lady” from their album Doomsday Breakdown, which was released a year ago back on May 4, 2015.

Sleaze Roxx stated the following in its review of Lola Stonecracker‘s Doomsday Breakdown: “If I had to pick only one word to define Doomsday Breakdown, it would be “fun.” Loads of fun. I haven’t heard so much laughter on an album (diabolical or humourous) in… ever. These five guys from Italy are clearly enjoying themselves while playing some great rock and roll. Formed in 2009, Doomsday Breakdown is the band’s first full length recording.

Defining themselves as “post-grunge” is a bit of a misnomer, since every hard rock band influenced by ’80s music is a grunge survivor. I do hear Stone Temple Pilots, Velvet Revolver, Tesla, and other influences, but all in all, Lola Stonecracker are their own band.”