Mastribes have released their first video for the song “Shake Boom Tequila.” Originating from Italy, the hard rock group was founded in November 2014. Mastribes base their sound on bands like Buckcherry, Aerosmith and Guns N’ Roses. In October 2015, Mastribes released their first single “Shake Boom Tequila” that is available on a mini-EP with two other songs entitled “Pussy Crusher” and “Everything.” The release of Mastribes‘ first full length album is slated for February 2016.

Speaking exclusively with Sleaze Roxx, Mastribes frontman Michael Flame explained the idea behind the “Shake Boom Tequila” video: “As you certainly noticed we’re not a political or intellectual band…. Our message is clear and direct: no alcohol, no party (laughs)! By the way, we think that our music must be something with which you can escape from your boring and stressful every day reality, and so not something that always remembers that you are in that shit in every moment. [It’s] the same alcohol purpose (laughs). We based the video, following this idea, on my real life experience when one day, I had the classic stage fright. So at that point, I only needed a drink — in particular a tequila shot — to go on stage and rock as well.”

With respect to Mastribe‘s upcoming full length album to be released in February 2016, Flame stated: “Most of the songs are already done, and we’re bring in’ some of them in the live gigs right now. The album will have 10 tracks, of which you already now [have] three titles, and we’ll start the recordings after the promotional tour of the single in December. It will be a very kick ass album so be ready!” 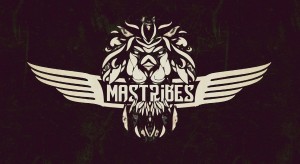 Flame also commented to Sleaze Roxx how Mastribes got formed in the first place: “Guitarist Cristian Iorio and I were already friends. Cristian played in his own band Cirrus Minor and I had just left my old band Black Flames. When Cristian found out that I was available, he immediately drove out Cirrus Minor‘s singer to bring me in the band. As the band changed singers, we did the same with the name. The first ones were things like Wild Mustangs, Vintage Drug or Deuce’s Temptation, but suddenly [we] came up [with] Mastribes and we knew that it was the deal.”

The single “Shake Boom Tequila” can be purchased on iTunes.