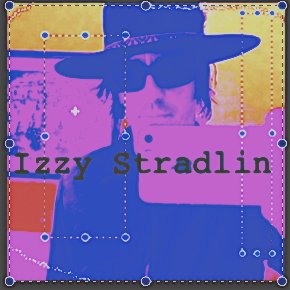 Former Guns N’ Roses guitarist Izzy Stradlin has broken his silence about whether he will be taking part in the much anticipated Guns N’ Roses “reunion” which at this point consists of singer Axl Rose, lead guitarist Slash and bassist Duff McKagan.

“Izzy Stradlin fact..
At this point in time, I’ve no involvement in the upcoming April 2016 GNR shows.”

“I know there’s a lot of questions regarding my Twitter account, but it’s me. I opened the Twitter account. There was just so much speculation going on regarding my involvement and studio recording. There’s so much misinformation, so I wanted to clarify that I’m not in the studio recording with any of the Guns N’ Roses guys. At this point in time, I’m not involved in the actual shows … A lot of stuff [fans] are reading isn’t true.”