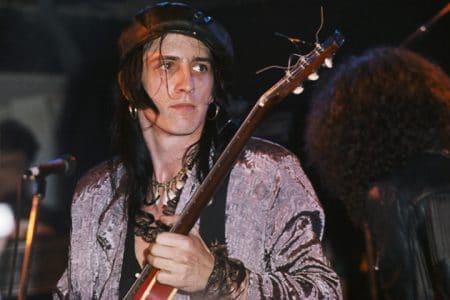 The Guns N’ Roses “reunion” tour dubbed ‘Not In This Lifetime‘ featuring singer Axl Rose, guitarist Slash and bassist Duff McKagan has to be viewed as an overwhelming success with the group already having played to more than a million concert attendees and likely part of one of the highest grossing tours of all-time.

Former Guns N’ Roses drummer Steven Adler has appeared at a few of the group’s tour stops playing drums during a few songs each time.

The one former Guns N’ Roses member that has yet to rejoin his former bandmates on stage is guitarist Izzy Stradlin who recently took to Twitter to make his position known on why he has yet to take part in the reunion. The following straightforward message was posted on Stradlin‘s Twitter account yesterday:

“Bullshit
They didn’t want to split the loot equally . Simple as that . Moving right along……..”

Back in late March 2016, Sleaze Roxx had reported that Stradlin might well be holding off on participating in the Guns N’ Roses reunion for more money and it appears that this has now been confirmed by Stradlin. 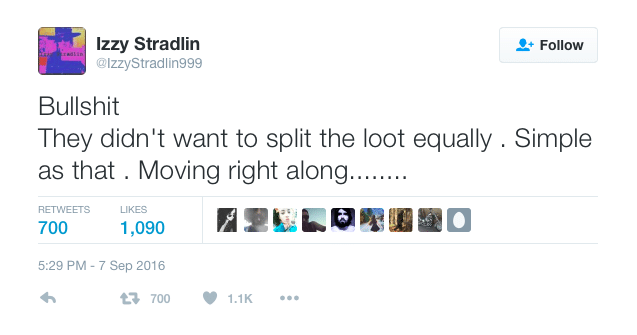