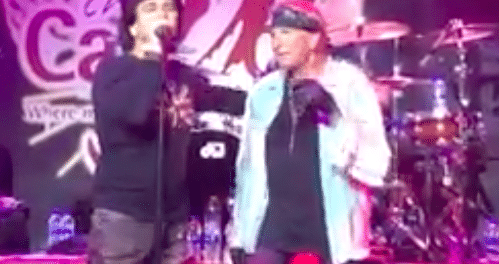 History was made when two former Great White singers teamed up to sing a Great White song together on April 28, 2019. Jack Russell’s Great White were scheduled to play at The Canyon Santa Clarita in Valencia, California, USA that night. Jack Russell invited his Great White successor Terry Ilous to join him on stage for a rendition of their former band’s song 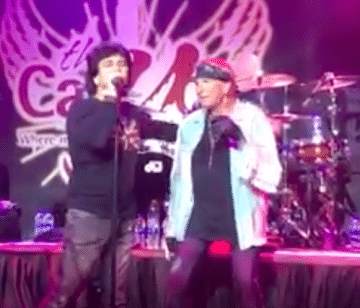 “Thank you, Terry Ilous for the kind words! It was our pleasure! Jack Russell’s Great White
Our #Songofthenight From #Artistwelike #TerryIlous

“Saturday i was invited by Jack Russell / Jack Russell’s Great White to attend his show at The Canyon Santa Clarita. I was surprised and humbled that they asked me up on stage for a bit of ‘House Of Broken Love’. While many have assumed negativity between us in the past, i was brought on after Jack had been let go, and in fact we never held any ill will towards each other. Jack is the real deal, one of the founding members, and the voice of Great White. I am grateful to Jack, Great White, and the fans for all your support while i was in the band ! ?“”