Former Great White frontman Jack Russell was recently interviewed by I’m Music Magazine and asked whether he planned on writing his own autobiography. 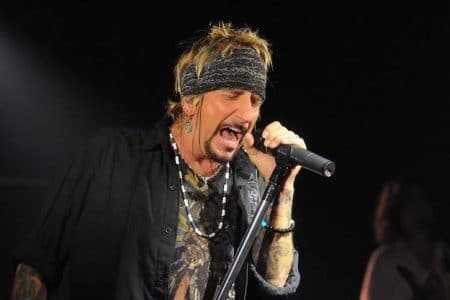 Russell responded and provided the following story that occurred to him when he was younger: “I’m already working on it and to be honest, I shouldn’t even be here doing this right now. At 18 years old, I was addicted to cocaine really bad. I started robbing coke dealers and I would go in with this guy; he had a knife and I had a gun. It was a revolver and we kept it loaded because you can see if it’s loaded or not. If you go in to rob somebody with no bullets in the revolver, they’ll be able to tell and they’ll end up beating the crap out of you. I’m not a violent person, so it was more of a scare tactic so we could grab the drugs and get out the door. One time, I went with a friend of mine to rob this guy who supposedly had a lot of coke. We got there and we had smoked some really strong PCP before we went in.

The rest of this is from the court transcripts because I don’t remember what happened. My friend bailed on me because he said I was acting really strange. I went out to the patio because there was a maid out there watering and she said I asked her where the coke was. She told me there was no coke, just Pepsi and it was in the refrigerator. She thought I was a friend of the guys playing a trick on her and when she realized I wasn’t, she started squirting me with the hose. We got into a tussle and the gun went off; it hit the ground and ricocheted. The father was down the hill and saw what was happening and ran back up to the house, grabbed his briefcase full of money and locked himself in the bathroom. She got away from me and got into the bathroom with her father. They said I was pounding on the door and putting cracks in it and apparently I shot through the door. The bullet went through the door, hit a St. Christopher necklace that was over her heart and then ricocheted into her shoulder, saving her life and mine. I came to and I was on my knees in front of the door and very confused, but it all started to come back to me. At that point, I could hear the SWAT team outside and the helicopters and someone telling me to come out with my hands up because they had 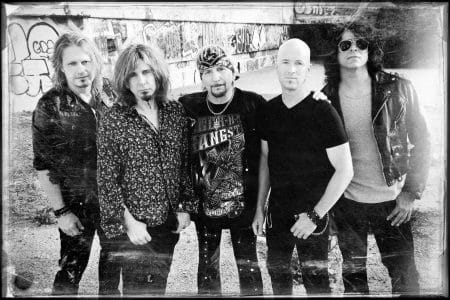 the house surrounded. I emptied the gun and hide the bullets in the side of the waterbed, but I didn’t realize that I had shot it twice already. I walked out and they tackled me; they asked me why I shot her and I had no idea who they were talking about. Luckily, she was ok thanks to the St. Christopher necklace which I found to be very profound.

Now, the meat of the story; I go to court and they give me eight years. Eight years? I’m done; how am I going to be a rock star now? I’ll be too old when I get out and my band will be off doing something else. When I got sentenced, I went back into the holding tank and a guy I met back there asked me what they gave me. I told him eight years and he told me not to worry because they would re-sentence me again. He told me that the youth authority wasn’t prison and it was in between juvenile hall and prison. They could keep you until you’re twenty five and they take what the court gives you; they evaluate you for a month while you live there and then they re-sentence you. He also told me about the Preston School of Industry up near Sacramento and a lodge there that had this special drug program. If you had eighteen months, they could accept you in and you could get out in nine months, but how was I going to get just eighteen months for shooting someone? So, they sent me to board and there were these two guys sitting there talking to me. They told me I had three years and I knew that just wasn’t going to work. They looked at my papers and told me to wait a minute because there had been a mistake. I was a full board case and they were just a regular board, so they couldn’t sentence me. They told me what I had to be sentenced by the people up in Preston where I was going. That was the place with the drug program, so I thought that it was cool that I was going there.

I get up there and there was all sorts of stuff going on like people getting stabbed and they were tear gassing the place at least once a week. I went to the full board there, which is four people instead of two, and they interviewed me. They told me that they were going to give me twenty one months, but I had to get through three months up here in this crazy place first. I had a friend who was kind of a pussy and these guys from a gang got him and told him to go punch this guy or they would stab him. He only had six months when he got in, but he punched that guy and ended up having a whole year left by the time that I got out. I interviewed with the drug program and they told me that they would take me in, but I was going to have to wait until I had eighteen months. The next day, they came up to me and told me that they were going to break their own rule for the very first time and I’d be out in eleven months. I thought they were kidding, but I ended up getting out and getting back with Mark (Kendall) and a year later we had our first record out.”

I’m Music Magazine also congratulated Russell on stepping up and owning up to his mistakes, and moving on to which Russell stated: “Thank you; I was mad and I was hurt at first because no one would call me. If someone had called and told me that they didn’t trust me to stay sober and they just didn’t want to play with me anymore, but nobody did. When I was in the hospital dying, a man that I thought was one of my dearest friends in the world, Mark Kendall, didn’t even call me. They may say that they knew what was going on through management, but that’s not what I am talking about. I’m talking about my friend since I was sixteen that agreed to join me and make a band, they couldn’t even call to check on me. When my colon burst, the doctor’s didn’t expect me to make it and that’s what they told my wife. That’s all behind me now and I don’t hold grudges; I wish them the best, I wish us better (laughs), and I will always have a love for those guys and the times we had.”

You can read the rest of the interview with Russell at I’m Music Magazine.

Jack Russell’s Great White have just released a new studio album entitled He Saw It Comin’ as well as a video for their new song “Sign Of The Times.”