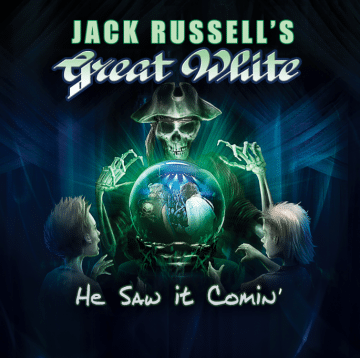 Long-time and now former Great White frontman Jack Russell has released a new song entitled “Blame It On The Night” from his first studio album since his days in Great White and under the name Jack Russell’s Great White.

The new studio album is entitled He Saw It Comin’ and will be released via Frontiers Music Srl on January 27, 2017.

“Most of the material I have written in my life has been autobiographical, this song is one of the exceptions. The song was written for and about my wife’s childhood. Because of the subject and the feelings I have for my wife this was a very difficult song to sing. But I believe that the topic is an important one to bring into the light and out of the shadows, says Jack Russell about “Blame It On The Night”.

Jack Russell’s Great White‘s “Blame It On The Night” single:

Subscribe To Be Alerted When We Add New Videos – http://radi.al/SubscribeFrontiers From the album HE SAW IT COMIN’.