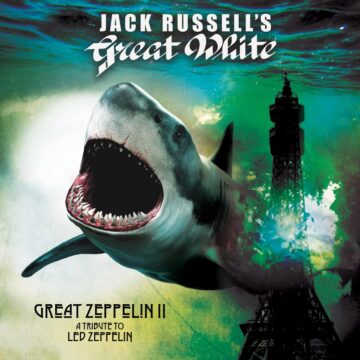 This long-awaited sequel to the 1998 album that became one of the group’s best-selling, most loved albums, rocks even harder than its predecessor and includes all-new covers of “Whole Lotta Love,” “Kashmir,” “Houses Of The Holy,” “Misty Mountain Hop” and more!

Russell‘s voice has only improved with the years and he is ably backed by stellar guitarists Robby Lochner & Michael Olivieri along with bassist Dan McNay & drummer Dicki Fliszar!

Available on CD in a deluxe digipak and on colored vinyl in a gorgeous gatefold jacket!

Includes digital pre-order of Great Zeppelin II: A Tribute To Led Zeppelin. You get one track now (streaming via the free Bandcamp app and also available as a high-quality download in MP3, FLAC and more), plus the complete album the moment it’s released.”