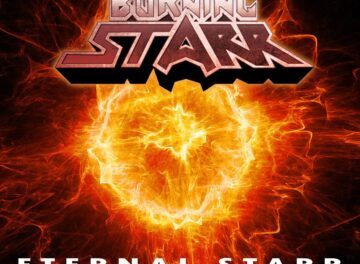 Jack Starr’s Burning Starr consisting of Jack Starr on lead vocals, Alexx Panza (ex-Cobra Spell) on lead vocals, Ned Meloni on bass and Kenny “Rhino” Earl on drums will be releasing their compilation album Eternal Starr – The Burning Starr Anthology via Global Rock Records on September 30, 2022. The group has previously released the albums Rock The American Way (1985), No Turning Back (1986), Blaze of Glory (1987), Jack Starr’s Burning Starr (1989), Defiance (2009), Land of The Dead (2011), Stand Your Ground (2017) and Souls of The Innocent (2022). 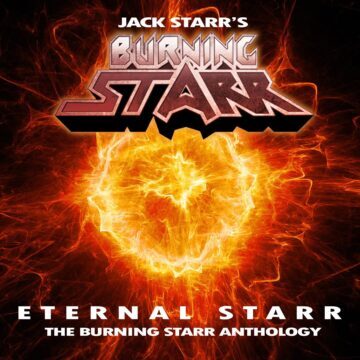 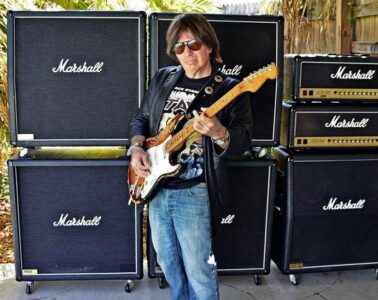 Three CDs in a deluxe digipak spanning the bands long career since 1984, encompassing the key studio albums, with additional rarities and live tracks from Jack’s personal archive. In addition to this, extensive liner notes and seldom seen photos make for an altogether compelling package.

This release will come hot on the heels of the brand new Burning Starr album “Souls Of The Innocent” which is already generating fantastic reviews worldwide. Their style has been described as “an essential blend of Judas Priest and Riot style melodic mid 80s traditional power metal.”

Jack Starr throughout his career has consistently performed and recorded with world-class musicians, cultivated a devoted fan base with his signature style and inspired musicians who have kept his legacy relevant in recent years via the symphonic and power metal movements.

In the mid-to-late ’80s his band Burning Starr became a cult sensation with releases like ‘Rock The American Way” (which Hit Parader magazine called “an album that rocks with both strength and precision”) “Blaze Of Glory” and “No Turning Back” . The band also became a springboard for musicians who would go on to play with Danger Danger, White Lion, Yngwie Malmsteen, Quiet Riot and Widowmaker, among others.