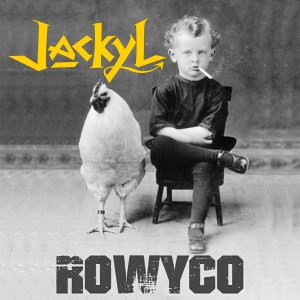 American rockers Jackyl have just released a new single entitled “Rally” which is available on iTunes and Amazon.

The single is off Jackyl’s new album Rowyco which will be released on August 5, 2016 and is available to be pre-ordered at this time.

Sleaze Roxx stated the following in its review of Jackyl’s last studio album Best In Show: “One thing that has made me an avid Jackyl fan over the last twenty years has been their unwavering dedication to hard rock, regardless of how unfashionable the genre was. Of course the Georgia rockers have always been plagued with their fair share of ‘filler’, but the band’s latest full-length album Best In Show takes their flaws to an uncomfortable level. The humor and juvenile politically incorrect attitude remains here in spades, but to me Best In Show feels like a collection of too many disjointed ideas.”