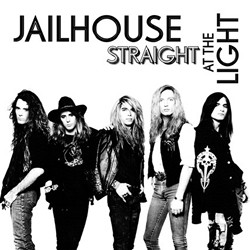 Amir Derakh, Matt Thorr, and Michael Raphael have reunited with original leadsinger Danny Simon to write, record and release their first new song “StraightAt The Light” in over 19 years.

They have signed a deal with Demon Doll Recordsto release and distribute the new song included in a compilation record thatshowcases the materiel that helped pave the way for the bands success on theSunset Strip and beyond. The new song and album of the same name ‘Straight AtThe Light’ will be available exclusively for sale worldwide throughDemonDollRecords.com on Halloween October 31st, 2010.

Also included in the 17 songs will be two tracks from the groups original demo,as well as five tracks from their breakthrough EP “Alive In A Made World” whichpropelled the two videos “Please Come Back” and “Modern Girl” in to heavyrotation on MTV’s “Headbangers Ball” in the early nineties.

The new CD will also encompass 7 songs from the Capital Records recordingsessions as well as three songs never released on CD that were produced byMatthew & Gunner Nelson, one of which is co-written by RATT front man StephenPearcy.

“Straight At The Light” is a melodic, guitar driven track that gives a freshperspective of where Jailhouse might have wound up musically if not for thedecline of Pop Metal and the Sunset Strip.

Rough Cutt was signed to Warner Brothers Records in 1984 and consisted ofmembers Amer Derakh, Matt Thorr and Paul Shortino who later left the band totake over vocal duties for Quiet Riot. He was briefly replaced by ParramoreMcCarty of Warrior before Rough Cutt called it quits. Derakh and Thorr regroupedwith singer Danny Simon and guitarist Michael Raphael to form Jailhouse.