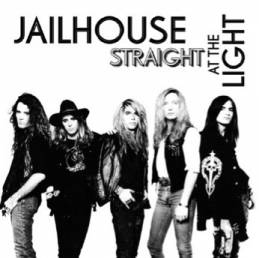 Sunset Strip icons, Jailhouse have reunited to write, record and release their first new song “Straight At The Light” in over 19 years. They have teamed up with Demon Doll Records to release and distribute the new song included in a compilation record that that will kick your ass all the way back to 1989, you can almost feel the chant of the crowd – JAILHOUSE! JAILHOUSE! JAILHOUSE!

This CD has it all!! 17 songs bursting at the seams with hooks and melodies that will make any 80’s rock fan weak in the knees. You want the groups’ original demo – we got it.

You wanted their breakthrough EP “Alive In A Mad World” (which propelled the two videos “Please Come Back” and “Modern Girl” in to heavy rotation on MTV’s “Headbangers Ball”) – we got it, plus one additional track not included on the original release.

You wanted the Capitol Records recording sessions – we got 7 songs for you. You wanted songs never released on CD before that were produced by Matthew & Gunner Nelson, one of which is co-written by RATT front man Stephen Pearcy – well, we got those too.

And of course, we got the BRAND NEW single “Straight At The Light” for you! Danny, Michael, Amir and Matt hold nothing back as they absolutely tear the walls down with a ferocious shot of rock that will keep your ears ringing for years to come.

This album is silver pressed and has been digitally re-mastered and officially licensed from the band. It is exclusively available from DemonDollRecords.com.

Now it’s your turn to come and get it at demondollrecords.com/Jailhouse_-_Straight_At_The_Light.html