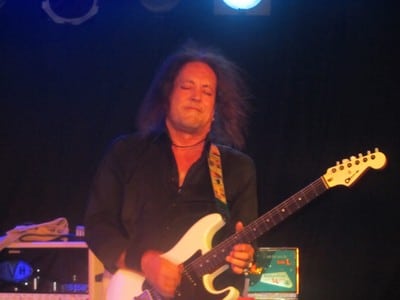 Former Ozzy Osbourne and Badlands guitarist Jake E. Lee was recently interviewed by eonmusic and revealed that he tried to land the opening slot on Ozzy‘s No More Tours II for his band Red Dragon Cartel in exchange for the guitarist playing a couple of songs with the Black Sabbath frontman.

This would have been the first time that Osbourne and Lee worked together in more than three decades.

Lee stated: “I did actually offer… I said that what would be really cool, I think, would be if you could have Red Dragon Cartel open for the tour, and in payment for doing that, I would go up, and play a couple of songs, like ‘Bark At The Moon’, ‘The Ultimate Sin’, whatever; the songs that I actually played with him.” Lee added, “The offer was out there, but it wasn’t taken.”

You can read the rest of the article / interview with Lee at eonmusic.

Red Dragon Cartel will be releasing their sophomore studio album Havana via Frontiers Must Srl on November 9, 2018.