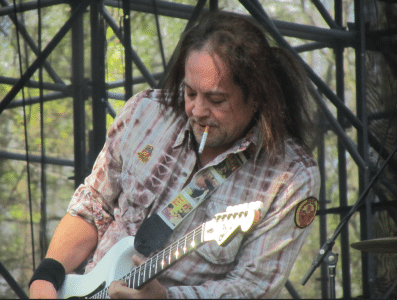 In terms of why Lee chose Daisley, the guitarist advised: “When we were doing the Bark At The Moon record, I came up with most of the music, I came up with the riff and …  Bob and I worked well together.”

With respect to the most valuable lesson that Lee has learned during his time with Ozzy, in Badlands and even Red Dragon Cartel, he opined: “Interesting, a valuable lesson. Well, unfortunately, I believe the most valuable lesson that I learned was to get things in writing. And always have a lawyer looking after you. Because of the whole thing with Ozzy. I don’t have credits for Bark At The Moon, and I know I sound like I’m whining about it because it seems like it comes up a lot. I’m not, I’m not. If I was going to whine about it, I would have sued Ozzy a long time ago. It is what it is, but I would say that was, more than anything, the most important thing I’ve learned. And for me it’s about the music, it’s not about the money, but if there’s going to be money made then you want to make sure it goes to the right people. So, I would have to say, yeah, that’s the most valuable lesson I learned.”

You can read the rest of the interview with Jake E. Lee at Antihero Magazine.