Quiet Riot have apparently finally gotten their man! The band’s new singer James Durbin revealed in an interview with Yahoo Music! that he was being considered for the lead vocalist position back when singer Jizzy Pearl was leaving the group. 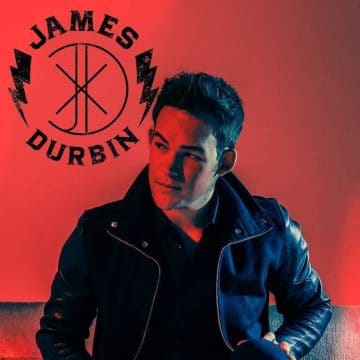 Back in early October, Quiet Riot announced that former Adler’s Appetite singer Seann Nicols would be replacing Pearl in 2017.

When asked whether it is true that Quiet Riot had been pursuing him for years and why didn’t it happen sooner, Durbin stated to Yahoo Music!: “It was never the right timing, I suppose… I was in talks to join Quiet Riot last fall when Jizzy Pearl was leaving, but I had just signed on for a residency show in Las Vegas and unfortunately couldn’t make both gigs work at the same time. Fast-forward to last week, and I’m quickly learning the set and couldn’t be more excited to hit the stage… I believe everything happens for a reason, not just by chance. I’m very grateful for the opportunity.”

In terms of how everything came together, Durbin stated: “During my time in Vegas, I reconnected with an old acquaintance named Alex Grossi, the guitarist for Quiet Riot, and we started a songwriting project that quickly turned into an album titled Maps to the Hollywood Scars. We released our first five-song EP, Volume 1, just two weeks ago. I guess during that time, Alex had sent [drummer] Frankie Banali some of our demos, and that got the ball rolling internally. It all happened organically.”

In a recent interview with Sleaze Roxx prior to Durbin being announced as the new singer for Quiet Riot, Grossi advised how he hooked up with Durbin: “I have known James since he was on [American] Idol. We both had some of the same representation and I would often go to his shows when he would play in LA. A couple years later, I ended running into him out here in Vegas last fall where he was doing a show and we ended up jamming together. I sent him some demos that I had been working on, and he nailed them, one after another… I played them for a few close industry friends, one being New Ocean Media, and we ended up cutting a deal with them and went right into the studio. Now here we are with our EP set to drop in less than 2 weeks… It’s been a bit of a whirlwind, but a good whirlwind….”

You can read the rest of the interview with Durbin at Yahoo Music!