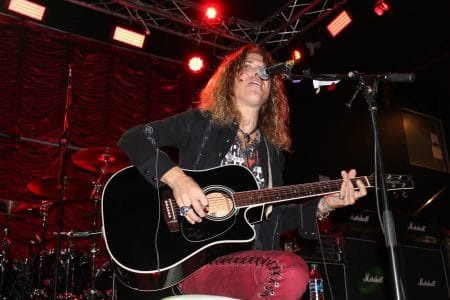 In regard to the reformation of Kingdom Come, Kottak stated: “Oh yeah! And you know, the funny thing about it is, Lenny [Wolf], the original singer decided not to do it in early January, and here we were in late January doing Ronnie Montrose Remembered, and I’m sitting there looking at Keith [St John, later day Montrose singer who was also on the bill] going; “Hmm, HMM!” And about a month later I asked him, I go; “Man, would you be interested in doing this Kingdom Come thing?”, and he goes; “Are you KIDDING?! Absolutely!” I love Keith, he’s an incredible singer, and his whole aura, his vibe, and he looks great.”

With respect to how long that St. John and Kottak go back, the latter stated: “I originally wanted him in my band Wild Horses back in 1991, and I got out-voted for another guy. So, we always remained friends over the years, and as big as it is, it’s a very small rock community, and we’ve always kind of hit it off. I jammed with him the one time I’ve played with Montrose. I played one song, I sat in, and Keith was the singer. But I’ve always saw Keith and just thought he was just magnificent.”

You can read the rest of the interview with Kottak at eonmusic.