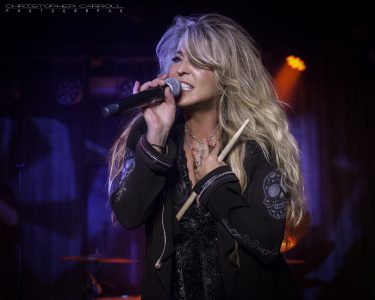 The interview with Gardner and James for Sleaze Roxx was posted in two parts (Parts One and Two) and in the latter portion, Gardner was asked who owns the Vixen name and why she does not use the Vixen name to which she replied:

“Who owns the name? The truth is, I have no idea! I don’t know who owns the name. I walked away with nothing. I want nothing. Well, you know, things that I did, obviously, the songs I wrote, the publishing — I have that — but as far as Vixen moving forward, I walked away and I’m asking nothing. And I just don’t see two Vixens running around. It just doesn’t make sense to me. I know, there’s two L.A. Guns, Great Whites and I have nothing against them. Both versions of all those bands are great. It’s like, more of a great band to love because there’s two of them now! But I just…  I’m not interested in doing that. And I just didn’t see any reason why they shouldn’t continue. You know, why make a big stink and a big fight when there doesn’t need to be one? So yeah, I don’t know who owns the name!”