Former Warrant frontman Jani Lane‘s ex-wife Bobbie Brown has been making headlines in 2020 with an interview with Fox News where she indicated: “At the moment that he admitted [he was drugged and raped by a member of a famous heavy metal band and their manager], it was devastating to hear. He admitted this to me before his death. It was traumatizing to watch 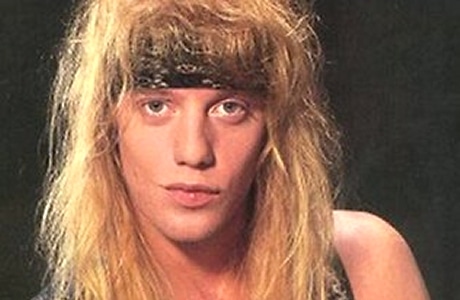 him reveal those things and how much it had affected his life up to that point. When we were married I had no clue. This occurred when he was just starting out on the Strip. So when I’m hearing all of this with him, I’m crying with him. I was going, “We have to do something, we have to say something.” He was like, “No! No!” It was a humiliation for a man to be in that position.

Metal Sludge has now received an audio clip from Hollywood Ted “Hollywood” Heckman who interviewed Lane back in April 2004 on the radio show Hollywood’s Monsters of Rock Show on 92.1 The Wolf (WOHF) Fremont, Ohio.

“As the interview starts, you hear the Dj apologize to Jani Lane for making him wait.

Hollywood Ted “Hollywood” Heckman asks Lane: “What can you legally talk about, with all this battle that is going on?”

The Dj’s question is about the feud between Lane and his former band Warrant splitting up.

Update: The Sleaze Roxx headline for this article originally indicated that Jani Lane‘s interview in question dated back to 2005 but it actually dates back to 2004.

You can read the rest of the article and other transcribed excerpts from the radio interview at Metal Sludge‘s website and/or listen to the audio clip below: