Jani Lane is back from the dead with a new album 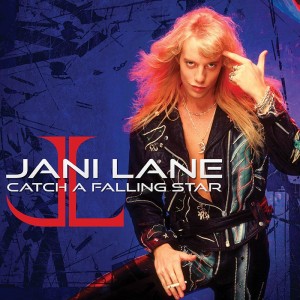 Five years after his death, Jani Lane, the voice many associate with Warrant, is back with a set of cover songs and a new album called Catch a Falling Star via Deadline Music. This album is a compilation of his work since leaving Warrant in 2004 and will be released on February 26, 2016.

Lane was born John Kennedy Oswald in Akron, Ohio, USA on February 1 1964. His name was a nod to the president who had been assassinated the year before. His parents soon changed his middle name to Patrick. Throughout his youth, he played the drums but his good looks and huge voice pushed him to the microphone. He adopted his stage name around 1983 and a couple years later moved to Los Angeles searching for fame — which he found after teaming up with core members of Warrant. From 1989 to 2001, Lane appeared and was the primary songwriter for six studio albums. Two of them — 1989’s Dirty Rotten Filthy Stinking Rich and 1990’s Cherry Pie — went on to achieve double platinum sales certification. Like so many other hair metal bands, though, Warrant couldn’t overcome the grunge juggernaut and they were never able to replicate their early charting success. Lane died in California, August 2011 of alcohol poisoning. Warrant with Robert Mason as their lead vocalist continues to tour and record.