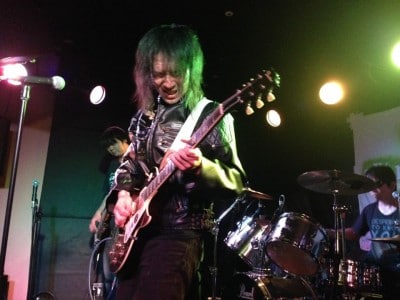 Japanese Christian heavy metal band, Imari Tones, have released live footage on YouTube of three of their songs including a new unreleased song called “Repent” from their show at the International Christian Baptist Church (ICBC) in Gamagori, Aichi, Japan on November 21, 2015.

The gig was one of the stops during ‘The Extreme Tour Japan 2015’ which Imari Tones were a part of.

Imari Tones have released over 15 albums including their latest studio album Revive The World on October 20, 2015, which can be purchased through the group’s Bandcamp page. Imari Tones describe themselves as the “the first Christian heavy metal from Japan” and mostly play ’80s styled, old school heavy metal music.

After The Extreme Tour Japan 2015 was completed, Imari Tones‘ leader and frontman Tak aka Tone posted the following message (with slight edits) on the group’s Facebook page on November 29, 2015 to explain how the tour became about and the significance of it: 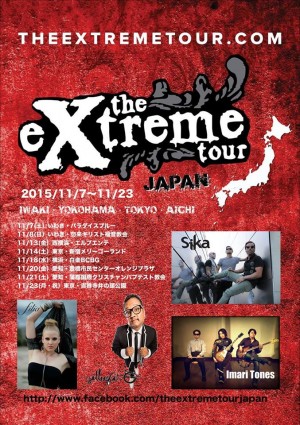 “It is a long story when I try to explain about this “Christian Missionary Music Tour” in Japan.

Back in 2011, when we toured in USA, we had a chance to play an event called The Objective in Nashville TN. That event was hosted by The Extreme Tour. They were a Christian missionary tour that had been around since 1994 in USA, featuring all kinds of music and extreme sports. We had a very precious experience there and next year 2012 we took part in their West Coast USA tour. It was a great experience, playing our “Japanese Christian Metal” in many unusual places like, street festivals, skateparks, schools, and a juvenile detention center.

That was when they asked us, “Can we do this in Japan?” We immediately answered “No way! It’s impossible!” because things were very different in Japan, both Christian situation and music situation.

After coming back to Japan, I talked with pastors, friends, musicians. They all said “That is impossible.” or “It would be very difficult.” However, we knew there was no choice when God tells us to do something. So we took a step ahead and decided to do this. The Extreme Tour Japan, a grass root style Christian music tour in Japan.

We had bands coming from USA/Canada and toured together with them throughout Japan. Even though this is a small grass root tour, things went really well and really awesome. Having those greats bands from USA/Canada was a great thing, but the real blessing of The Extreme Tour Japan (XTJ) was Japan team getting stronger. All those Japanese Christian artists joined XTJ, such as Soul of Faith, CLOD, Kaori Yamamoto, B.D.Badge, Peter’s Chicken Party, and Gitaro, they were all inspired and we became a great team. 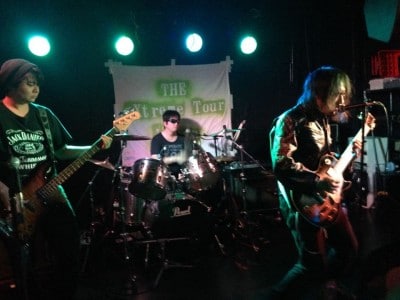 So this year, 3rd year for XTJ. We did it again.

Yes, something all the people said “That is impossible”. Now we did it three times.

It surely has been tough, but it feels good when we have this “starting something new” feeling.

This year we had two bands/artists from USA, Sika and Filia from Los Angeles, California.

We toured and played shows in Fukushima, Tokyo, Chiba, Kanagawa, and Aichi.

We, as Imari Tones, didn’t play all the shows because this XTJ is a tour to feature everyone, all those Japanese Christian artists. So here is some pictures from the tour, from those shows we played as Imari Tones. Those shows in Aichi (Toyohashi, Gamagori, and Nagoya) were especially great blessing, because Toyohashi, Aichi actually is my (Tak‘s) hometown, I mean birthplace and where I mostly grew up. 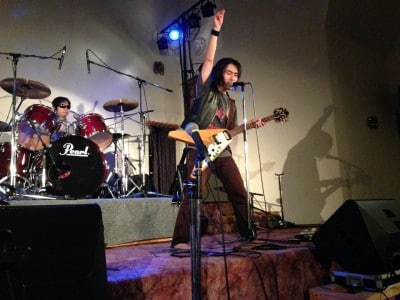 Thank you very much and thank you for everyone we met on the tour.

Thank you everyone who helped us make this tour happen.

Thank you for all the musicians who joined the tour.

Thank you Sika and Filia, for coming to Japan and spending awesome time together with us.

And most of all, Thank you Jesus for being Savior and Awesome and Awesome God for all of us!!!!!

You are THE Rock Star and everything is about You! Jesus Rocks!!!