Jason Green, the former manager of Bobby Blotzer‘s Ratt and current bassist for the Sin City Rejects, took a look back at Sin City Sinners who will be celebrating their ten years in existence this coming month of August. 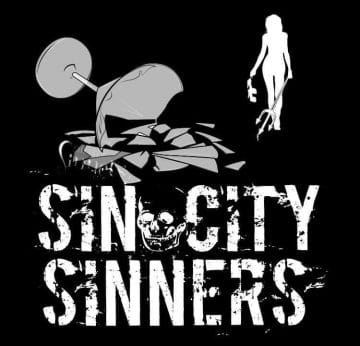 The following was posted on Green‘s Facebook page about six hours ago:

“Just for the record SIN CITY SINNERS will turn ten years old this August and while it’s a great accomplishment, I find it funny that I am the only ONE who can say I was there for the entire ten years! Off the top of my head there were at least 4 drummers, 6 bass players, 8 guitar players, 5 singers + 100’s of special guests & I should know I hired every single one of them! Sin City Sinners began simply as a jam band to play parties for my company Paradise Visuals, I picked the members and paid the salary’s. It was never about any one or four or even ten people, it was about the brand of entertainment we provide.

While each line up brought something different to the table & I wish most of them well in their future endeavors, I prefer not to revisit short moments in time with people who hated each other & instead celebrate the current & in my opinion most successful Sin City Sinners line up yet. Here’s to ten more!”

Back in November 2016, Sleaze Roxx interviewed Green and the latter stated the following (in part) about how Sin City Sinners first started: “I used to own a classic adult video company called Paradise Visuals that made adult movies in the ’80s including John Holmes’ last movie and Kristy Kanyon’s first. I was doing that in Las Vegas and I met Brent Muscat who was in Faster Pussycat. He had his own version that he was trying without Taime [Downe] and he asked me to get involved. So, I was working with those guys and Brent and I saw this tour called ‘The Voices Of Rock Tour.’ I can’t remember exactly who was on it but I think it was Jani Lane, Kevin DuBrow… They had one band with four singers and we thought, “It’s a great idea. Let’s do that in Vegas. We’ll have a house band and every week, we can bring a special guest. The show will always be different. We’ll save some money.” Half those bands only have one original member so why pay all this money when you can just get the main guy? You know, they’d come in, jam and make it fun. We wanted it to be good though. We wanted the band to learn all the songs.

I was having a party during the AVN Convention with my company Paradise Visuals and I was asked to put a band together. For the first show on August 27, 2007, at a club called the Canyon Club, the line-up was Brent Muscat, Todd Kerns, Brent Fitz and a guy named D as the bass player with Ron Jeremy hosting. The first guest singer was a guy named Louie Merlino who was in Beggars & Thieves. Next up was Jizzy Pearl from Ratt, Love/Hate and Quiet Riot now. And then we had Phil Lewis from L.A. Guns… It was fun! It was really just a jam. We were kind of called Sin City All-Stars at the time. And it was really fun and the guys wanted to do more. So I threw another one and we did it again. And then we had a DVD release party and we did it again. There were a few line-up changes at the beginning.”