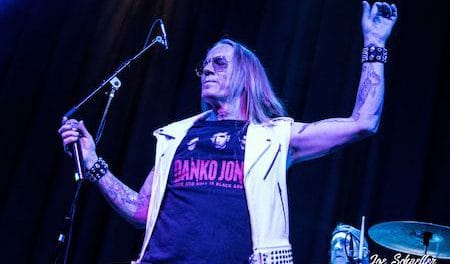 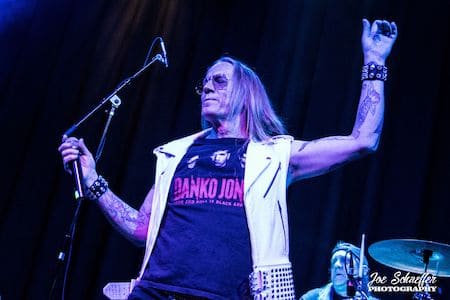 Once again, Dangerous Toys frontman Jason McMaster has stepped up to the plate and less than a month after temporarily filling in for lead vocalist Mark Tornillo during portions of Accept‘s North American tour, he is doing the same thing for Armored Saint singer John Bush. McMaster was scheduled to take Bush‘s spot tonight (on November 15, 2022) with Armored Saint opening for W.A.S.P. in Baltimore, Maryland, USA.

Of note, McMaster has also successfully taken over the lead vocal duties in Dirty Looks following the remaining classic band members’ reunion about ten years after the passing of frontman Henrik Oostergaard.

What up Saint faithful!! 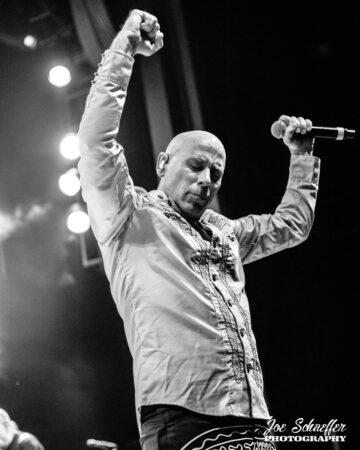 The tour has been awesome so far. We’ve had killer shows with incredible receptions, so we thank you all who’ve attended. You guys have been amazing!

We also want to thank the WASP camp. They have been extremely kind to us throughout the run.

Unfortunately, luck has dealt me a gnarly knuckle ball. I came down with an illness and even though it hasn’t made me feel bad, it still has infiltrated my nasal and chest area and planted itself. I tried to push through in typical John Bush fashion in Cleveland and Pittsburgh but by doing so I jacked up my pipes and now I sit in Baltimore frustrated and emotionally distraught.

Luckily, long- time friend and Armored Saint fan Jason McMaster (Dangerous Toys/ Broken Teeth) is coming to the rescue again. He’s already helped Accept earlier this year on tour and now he’s stepping into the batter’s box for me. I am extremely grateful, and I know he’ll kill it!

I’ve seen a great doctor and he’s got me on the mend and I hope to be onstage soon.

I’m out here on the road and I plan on being near the stage in giving my band members my support.

Thanks to the fans for your understanding and don’t be offended if I don’t talk to you.