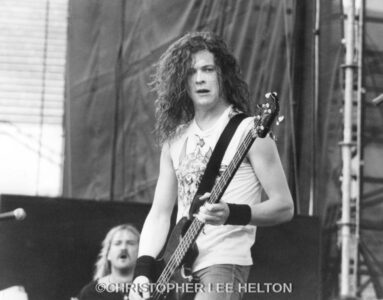 In an interview with The Palm Beach Post published yesterday, Newsted revealed that he agreed to jam with Satriani and drummer Alex Van Halen about six months ago but it just didn’t feel right for him to join the iconic group.

Newsted did not mention who would be handling lead vocals in Van Halen but presumably that would have been the one and only David Lee Roth even if the latter announced back in early October 2021 that he was going to perform his final shows (which never materialized).

The Palm Beach Post reported that Alex Van Halen had already tapped Joe Satriani to replace Eddie Van Halen (who passed away on October 6, 2020), and that the duo were searching for a bass player for a possible Van Halen tour. Newsted agreed to go to California to jam with the duo but apparently didn’t feel right about it.

“How could you?” he said. “There’s nobody that can top it, so how do you show it honor? I didn’t want it to be viewed as a money grab. And then it kind of just all fizzled.”

You can read the rest of the article / interview with Jason Newsted at The Palm Beach Post‘s website.