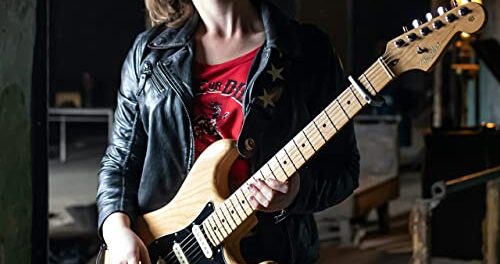 Female recording artist Jax Hollow has unleashed another video and this time for her single “Say My Name” from her upcoming debut album Underdog Anthems, which will be available in February 2021. 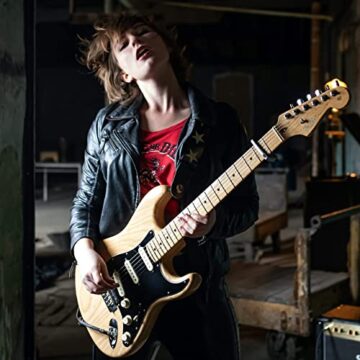 “Jax Hollow continues to blaze her own trail as an outspoken, talented shredder and songwriter with her new single and video for “Say My Name.” The beautifully chaotic track is the follow up to “High Class Bitch” from the Nashvillian’s debut album “Underdog Anthems,” coming February 2021. Hollow collaborated with Joshua Shoemaker to create the gritty, artsy video for her new single — which opens with her demonstrating hypnotic guitar skills.

“‘Say My Name’ was supposed to be THE Underdog Anthem off the Underdog Anthems album,” Jax says. “It’s a song about social unrest, 2020 leaving the entertainment industry in ruins and on the brink of collapse, and the resilience of all the Creatives. We adapt fast because we’re used to being punched around, but we will stop at nothing to continue pursuing our passions and share our futures with the world. That’s why you’ll see me destroying my friend’s work and screaming, ‘Starting from nothing again!’ — because that’s what it feels like.”

She continues, “I worked my whole life to play music for a living full time, traveling the world and that was yanked out from under me in 2020, so I’m even less afraid of failure and even more determined now. It can be fun to start from the bottom again because you have experience and time to re-envision yourself.”

At first listen, the upcoming album has left music critics reeling. Travis host of “The Side Stage Show” on 95.9 KRFF Fargo/Moorhead raves, “Jax Hollow has the talent, attitude and songs that it takes to carry the torch and lead the way for new rock!”

With the release of Underdog Anthems, Jax unleashes the full power of her vagabond, soul-searching and heart-piercing anthems. Recorded and produced by the 90 million+ album-selling legend, Michael Wagener (Metallica, Skid Row, Extreme, etc.), the album is a loud proclamation of a new artist that is not to be missed in 2021 and beyond.”