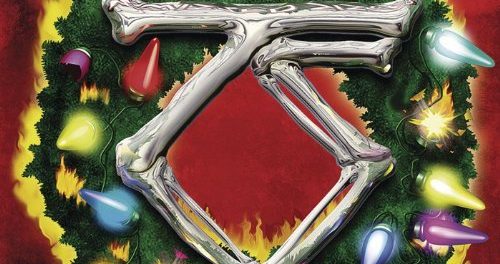 Twisted Sister guitarist and band founder Jay Jay French was recently interviewed by Andrew Daly for Gold Mine. The interview was focused on Twisted Sister‘s timeless classic record A Twisted Christmas, which was released back in October 2006. 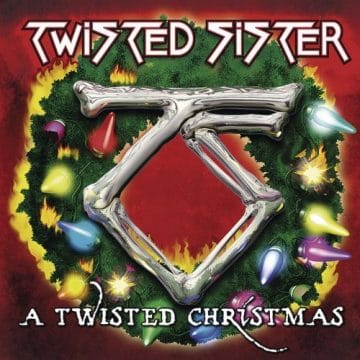 French was asked about the origins of A Twisted Christmas to which he recounted: “We were messing around in the studio during rehearsals, and Dee [Snider] pointed out that “Oh Come All Ye Faithful” had basically the same music as “We’re Not Gonna Take It.” And so, we started messing around with it, and we went, “Oh my god, it really does. Wow, that’s crazy.” From there, things progressed to the point where we said, “Why don’t we do a Christmas record?” It was a pretty crazy idea because, back then, it wasn’t hip for bands to do Christmas records. You had older artists like Dean Martin, Elvis Presley and Doris Day, but aside from Mariah Carey, it wasn’t cool. And it certainly wasn’t cool for a rock band to do one.”

With respect to what moved the needle for Twisted Sister to record the album, French recalled: “Well, we were trying to think of an angle, and I may have said, “Let’s just call it A Twisted Christmas.” Now, I don’t remember if I uttered those exact words; it was like, “Wow, we have the framework; we might as well give this a go.” From there, we quickly deduced that if we were gonna do a Christmas record, we should adapt some famous Christmas songs. We wanted to do that because we thought everybody could sing along if we played them live because they’d know them. And the other thing is that we were adamant that it had to be released on CD and vinyl because nobody wants a download for Christmas, right?”

In terms of why A Twisted Christmas continues to resonate with fans, French opined: “Twisted Sister‘s music is the most licensed music in heavy metal history. We’re in more TV shows, commercials, and movies than anybody else. The lasting effect of Twisted Sister‘s music is undeniable. You can go anywhere in the world and hear people of all ages singing “We’re Not Gonna Take It.” It’s a worldwide anthem. And now “Oh Come All Ye Faithful” is hot on its heels of it because of its ubiquitousness.

So, it doesn’t surprise me that it continues every year because it’s a great record, and it’s become a classic record. You can put A Twisted Christmas up there with Mariah Carey, Elvis Presley, Nat King Cole, and all the other great Christmas albums, and we’re honored to be mentioned in that company. We did something that we thought was timeless and has remained timeless. And every Christmas, A Twisted Christmas continues to sell, and I’m grateful for that.

Twisted Sister is celebrating its 50th anniversary this year, which is crazy when you look at the crop bands created in ’73 vs. who are remaining, let alone remembered. But if you had asked us back then how long we would last, we probably would have said, “Oh, I don’t know, maybe five years.” So, for our music to be here all these years later, stronger than ever, it speaks volumes about what we created. And A Twisted Christmas is just another part of that unique legacy.”

You can read the rest of the interview with Jay Jay French via Gold Mine‘s website.