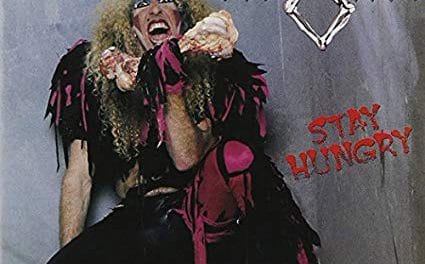 With respect to Twister Sister‘s status, French advised (as transcribed by the 80’s Glam Metalcast podcast with slight edits): “Twisted Sister didn’t end, I think that’s a misconception of people. We stopped playing live, that’s it. The business of 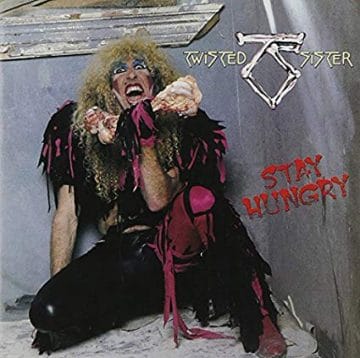 Twisted Sister continues on. We are basically a licensing machine at this point. There was a Super Bowl ad that had “I Wanna Rock”. We just did a huge deal with Facebook to use that song. Right now, we are musically the most licensed heavy metal band in history. So this little band that started in Long Island 47 years ago, now has its music in more TV shows, soundtracks, movies, and commercials than any heavy metal band. More than AC/DC, KISS, or Guns N’ Roses. So we stopped touring completely and have turned our attention to the licensing and marketing world.”

In terms of not fitting in with the L.A. hair metal music scene and with the album Stay Hungry‘s massive success, French indicated: “When we did the videos and they hit MTV, things went crazy immediately. The videos defined MTV. The videos defined how people perceived Twisted Sister — good and bad. I say that because it wasn’t necessarily for the good. We got trapped in how people perceived us. We were not what we appeared to be on many different levels. The videos were a small slice of who we really were. We were a hard hitting bar band from New York who kinda got swept up into the whole 80’s hair, glam LA thing, which we had nothing to do with. The whole So Cal thing wasn’t us. We didn’t sound like it and we didn’t play like it. We didn’t know any of those bands. We never toured with any of those bands. We had nothing in common with them. We were older than they were. We didn’t drink or do drugs… They did. So we didn’t get invited to all the parties — we wouldn’t have went anyway. We were isolated and famous. We were misunderstood because one half of the people thought we were out of our minds, crazy, gay, raving alcoholic drug addicts. The other side was like, ‘This is the straightest band on the planet and nobody wants to hang with them!'”

You can listen to the interview with Jay Jay French by the 80’s Glam Metalcast podcast below.

In this episode I talk to a Glam Metal Legend – Twisted Sister Guitarist Jay Jay French. We talk about the status of the band and we go through some of their…

You’re watching the official music video for Twisted Sister – “I Wanna Rock” from the album ‘Stay Hungry’ (1984). “I Wanna Rock” was featured on VH1’s list o…